MG lags behind its European rivals when it comes to safety technology – an area where the Chinese-owned marque would be wise to pull out all the stops in future. Meanwhile, the brand's reputation for owner satisfaction is rather in the doldrums at the moment, but its low Driver Power ranking is mainly based on results gleaned from owners of older models than the ZS or its GS sister.

Out of 30 brands covered by our 2020 Driver Power owner satisfaction survey, MG finished in 20th place. Practicality and generally low running costs were praised, but poor build quality was a concern, and 31.2% of MG owners reported a fault in the first year. 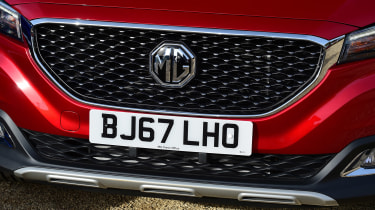 Independent expert body Euro NCAP has put the MG ZS through rigorous tests, and it failed to match European rivals – particularly in the the Safety Assist category (where it scored 29%) because of an absence of crash-mitigation technology like autonomous emergency braking. Perhaps even more worrying are lacklustre scores for adult and child occupant protection of 71 and 51% respectively. These figures compare poorly to the 90 and 80% scores of a rival like the SEAT Arona.

However, other standard equipment is worth mentioning, including the cornering brake control (CBC) system that it shares with the MG GS, a car that uses the same mechanical package as the ZS.