A zero-star safety rating for the Fiat Punto, and Fiat still has a poor reputation for reliability

The current Fiat Punto hasn’t changed a huge amount since 2005, and hasn’t exactly picked up awards for its reliability. Its official Euro NCAP safety rating has rather tumbled since launch, too.

Fiat’s performance in customer-satisfaction surveys has been disappointing in the past but is showing signs of improving: it moved from dead last in our Driver Power owner satisfaction survey in 2016 to 15th out of 30 manufacturers in 2019.

Only around half of Carbuyer readers who’ve owned a Fiat Punto would recommend it to a friend. Electrical problems have come up time and again, but later models were praised for their economy and reliability. It’s these later cars that we recommend over the earlier versions. 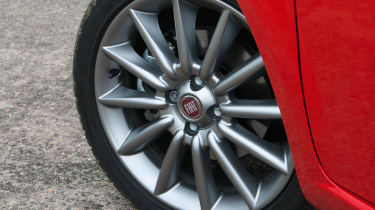 The Fiat Grande Punto (which the latest model is based on) received the full five stars in Euro NCAP crash tests, but that was back in 2005. When the organisation retested it in 2017, it failed to earn a single star – a real demonstration of just how far standards have been raised in the intervening years.

Under today's demanding crash-test regime, the Fiat Punto received a 51% score for adult occupant protection in a forward impact and just 43% for how it protected children. A lack of crash-avoidance technology was noted, too.