"The Fiat Punto supermini is an affordable Ford Fiesta rival, but it’s based on older technology and hampered by a poor reputation for build quality"

The Fiat Punto was once one of the best superminis you could buy, winning the Eupean Car of the Year award in 1995, but Fiat became slower at replacing each generation and the Punto began to lag behind the competition in terms of driving dynamics, efficiency and safety. Fiat instead focused its attention on the 500, Panda and Tipo models.

The last generation of the Punto was produced from 2005-2018 and over the years it was known as the Grande Punto, the Punto Evo and finally the Punto. During the car’s 13-year lifespan, the Ford Fiesta and Vauxhall Corsa benefitted from complete redesigns and came to outclass the Punto in every department. As a result, the Punto depreciated heavily and can now be bought very cheaply on the used market.

Like many ageing models, the Punto’s once-wide range of engines and trims was reduced as its life went on. That meant the fun TwinAir petrol and diesel engines were dropped, leaving two fairly mediocre petrol engines in 1.2 or 1.4-litre guises. Neither could hold a candle to the latest turbocharged engines in the Punto’s rivals, but if you’re looking to pick up a later model of the Punto cheaply, we recommend the 1.4-litre. 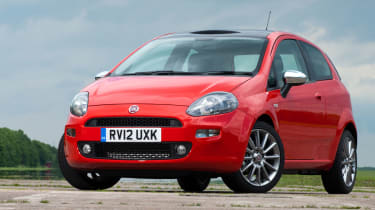 Claimed fuel economy of around 50mpg is acceptable, but CO2 emissions of 124 and 132g/km aren’t competitive by modern standards. While that doesn’t make a difference to the road tax paid by private motorists – it’s £145 a year across the board for 2017-18 models - petrol Fiestas were more efficient, cheaper to run and better performers.

The driving experience lags behind rivals, too, although light steering and a compact size makes the Punto easy to drive around town. Soft suspension means it leans quite a lot when cornering, but it’s at least comfortable on a motorway drive.

Just two trims were available towards the end of production, Pop+ and Easy+. The more basic of the two features 15-inch alloy wheels, air-conditioning, a CD player with MP3 compatibility and a trip computer. The more expensive Easy+ added 16-inch alloy wheels, front foglights and tinted headlight clusters to enhance the car’s looks. The interior is improved with climate control, heated door mirrors, a leather steering wheel and gearknob, while a sat nav will help you get to your destination.

The five-door-only Punto has a decent amount of rear head and legroom, but its 275-litre boot is bettered by the 290 litres in the Fiesta and well behind the 330 litres in the Skoda Fabia. 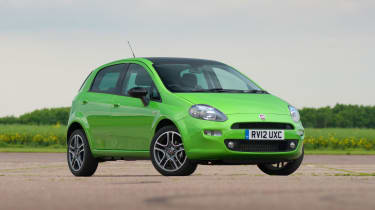 Although the Fiat Punto hadn’t appeared in our Driver Power ownership satisfaction survey for several years, Fiat as a brand is showing signs of improvement. It placed 15th out of 30 manufacturers in 2019. Better news still for buyers of used Puntos, is that the extra long production run and older technology should mean the car will be relatively free from major problems and should be easier to repair if anything does go wrong.

When it comes to safety, the Punto has become an unfortunate symbol of just how far car development has progressed in recent years. Soon after its 2005 launch, Euro NCAP – the independent body that oversees crash-testing in Europe – awarded the Punto its maximum five-star rating. However, when subjected to 2017's far more rigorous tests, the Punto became the first car ever to be awarded a zero-star safety rating. 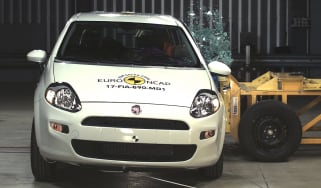 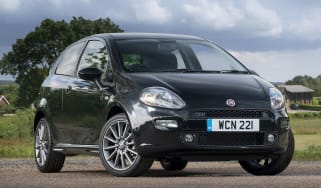 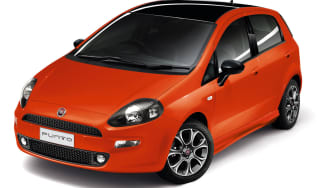 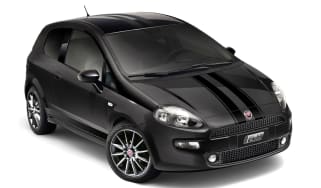 The limited edition Fiat Punto Jet Black has been revealed, priced from £12,000.
Car deal of the week: Fiat Punto Easy 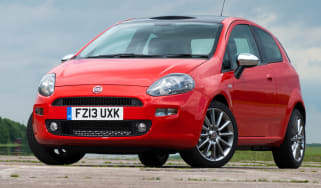 You can drive away in a brand-new Fiat Punto Easy for just £8,500
Skip to ContentSkip to Footer