"The Vauxhall Corsa is more sophisticated than ever, taking the fight to its many rivals"

The Vauxhall Corsa supermini is one of Britain's best-selling cars - a favourite of small families, learner drivers and those in need of an affordable set of wheels. It's a key rival to the ever-popular Ford Fiesta, Volkswagen Polo and Toyota Yaris, along with a host of similarly accomplished cars from virtually every manufacturer.

There's something quite different about this fifth-generation version. It was the first Corsa to be produced under the PSA Group’s (now Stellantis) ownership of Vauxhall and is an entirely new car that has more in common with the Peugeot 208 than its predecessor. Depending on its specification, it's up to 108kg lighter than before. For the first time in the Corsa's history there's also an all-electric Corsa-e model, which we're reviewing separately.

The Corsa now looks more modern and features a lot more equipment than before, qualities it badly needed to compete in a fight against the latest Fiesta. You wouldn't know the Vauxhall and Peugeot are intrinsically linked; British design chief Mark Adams and his team have managed to give the Corsa a new but familiar look of its own. Vauxhall cues include the boomerang-shaped LED daytime running lights and a rear C-pillar that kicks up from the window line.

Vauxhall has done a good job inside, too, where soft-touch materials now add a level of sophistication to the dashboard, as do swathes of trim matching the car's body colour. It's all tastefully done, and buyers should be impressed with the standard seven-inch infotainment display with Apple CarPlay and Android Auto connectivity. There's lots of kit in fact, with even the entry-level SE Edition getting alloy wheels and trendy features including a flat-bottomed leather steering wheel.

We're not sure if the world's quite ready for a £25,000 petrol-powered Corsa but the top Ultimate Nav trim comes with a 10-inch display, leather, massaging seats, radar cruise control and Matrix LED headlights. We'd stick with the SRi Edition trim, which builds on the SE trim with extras such as a contrasting black roof and Sport driving mode.

Most customers are expected to opt for a version of the 1.2-litre three-cylinder petrol, which comes with 74bhp or 99bhp. A range-topping 128bhp version of the same engine is available on SRi Edition and Ultimate models. Following a short early drive of the most powerful model so far we've now tested the 99bhp petrol, and found the chassis to be quite taut, keeping body lean in check and providing a reassuring feel. Its steering is precise and Sport mode not only makes the weight heavier, but also adds a keen exhaust note via the car's speakers.

A 1.5-litre diesel is offered with 101bhp but this is only likely to appeal to high-mileage drivers as it’s noticeably more expensive. The petrols can return just over 50mpg themselves, cost less to buy and are cheaper for company-car drivers, making the 70.6mpg fuel-economy figure claimed for the diesel all but moot. VED (road tax) costs the standard rate each year and there's the option of an eight-speed automatic gearbox in the 99bhp petrol. The range-topping 128bhp engine is automatic-only. 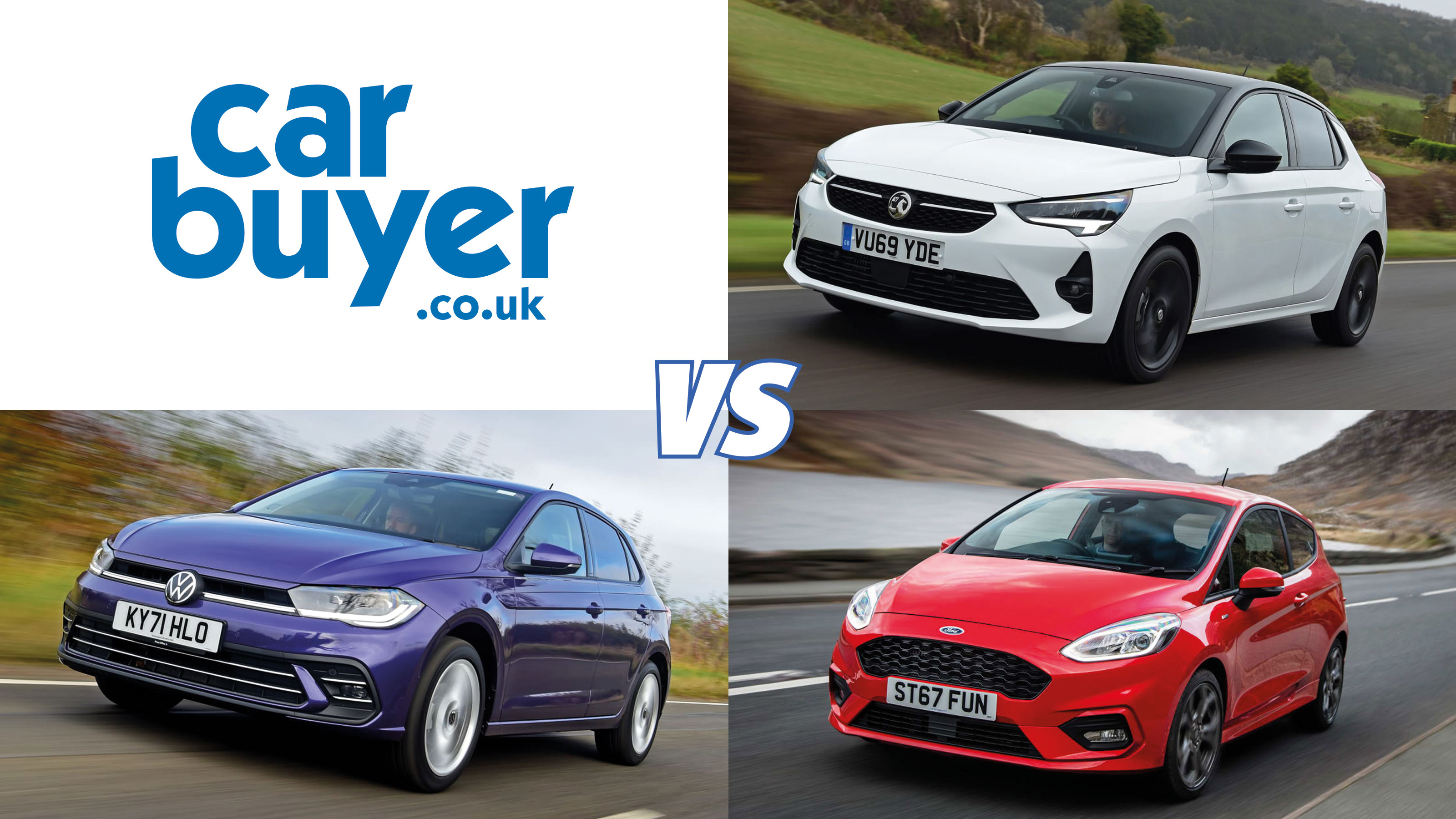 The electric Vauxhall Corsa-e is the most expensive model to buy in the current Corsa lineup, but the cheapest model to run thanks to the low cost of charging and because the car is free to tax. It’s based on the same underpinnings as the Peugeot e-208 and is capable of more than 200 miles of range.

The Vauxhall Corsa is a significant improvement on the older car; it’s much more refined, better to drive and more efficient. However, the supermini class is full of talented cars, and the Corsa struggles to match the practicality of the SEAT Ibiza, the fun of the Ford Fiesta or the value-for-money of the Renault Clio.

How about a used or nearly new Vauxhall Corsa?

A good-looking supermini with generous seating for four and an upmarket cabin, the Vauxhall Corsa is refined, comfortable and pleasant to drive. The wide choice of engine and trim levels options, together with its status as one of the UK’s best-selling cars, means there’s no shortage of choice on the used market. Previous generations of the Corsa have been similarly popular with low running costs adding to its appeal as a budget used car.

The current Mk5 Corsa launched in 2019 and was the first to be available with pure-electric power in the form of the Corsa-e. Improved active safety tech and more focus on the driving experience marked the car out from the fourth generation model.

Used Corsa Mk4 (2014-2019) Launched in October 2014, the fourth generation Vauxhall Corsa was a big step up from its predecessor in terms of its overall quality and how engaging it was to drive. It was initially available with a broad range of petrol engines and a single turbocharged diesel with two different power outputs. Standard equipment levels for the Corsa were generally high, but the number of different trim grades was confusing for customers. A hot hatch version, the VXR, was launched in May 2015, and while not the best of its kind, it has gained a cult following. In summer 2018 the Corsa’s engine range was completely replaced with a more efficient 1.4-litre petrol unit with four different power outputs.

Smartly styled but severely lacking in interior space, the Corsa Mk2 makes easy work of town driving but isn’t much fun on the open road.

Vauxhall includes its original supermini from 1982 in the Corsa’s history, even though that early model was called the Nova in the UK, but the first car to be badged Corsa arrived in 1993. It was pretty and reasonably spacious, but wasn’t much good to drive.

Cycling is a popular hobby but you'll probably need a suitable vehicle for transporting your equipment. Here are 10 of the best cars for cyclists and …
Top 10 best first cars 2022
Best cars

A good first car needs to be cheap to buy and to run. It also needs to be well-equipped, reliable and safe. Here's a rundown of the best
Top 10 best small electric cars 2022
Best cars

Looking for a compact, zero-emissions car? These are the best small electric cars on sale
Volkswagen Polo vs Ford Fiesta vs Vauxhall Corsa: which should you buy?
Superminis

The Ford Fiesta, Volkswagen Polo and Vauxhall Corsa are among the UK’s best-selling cars - but which should you pick? Find out in our triple test
Vauxhall Corsa-e and Mokka-e now £3,000 cheaper
Vauxhall

If you can’t justify buying a brand-new car but want all the latest features, a nearly new car will appeal. Here are the best
Top 10 best cars for students 2022
Best cars

If you're a student, and you're looking for a new car, chances are you're after something compact, inexpensive, practical and cheap to run. The cars o…
Vauxhall expands Griffin line-up with new Crossland and Corsa-e models
Vauxhall

Electric Vauxhall Mokka-e VXR due in 2022

The Corsa-e is capable of 205 miles on a charge and costs £26,490
New 2019 Vauxhall Corsa officially revealed
Vauxhall Corsa