"If the price doesn’t put you off, the Porsche Panamera is a fast five-door hatchback that’s beautifully built and great to drive"

When the original Porsche Panamera was introduced in the UK in 2009, it got a mixed reception. On the one hand, there was no denying its performance or practicality, but the thing that let it down was its ungainly appearance. The latest Panamera, though, is a huge step forward. Despite still being a big car, it’s styling is far more cohesive. You’d now buy one because of its looks, not in spite of them.

Released in 2020, the updated Panamera gains the Sport Design nose that was previously an option, with enlarged air intakes and single strips of light for the DRLs. There are new LED rear lights too, along with three new alloy wheel designs – taking the total tally to 10.

The shapely styling doesn’t come at the expense of practicality, either. The latest Panamera offers space for four, with ISOFIX points for a pair of child-seats in the rear. The boot can take 495 litres of luggage and the rear seats can split and fold, too, so the Panamera is well suited to family holidays and perhaps even the odd trip to IKEA.

Those who want increased traction on cold or slippery surfaces are catered for with the four-wheel-drive Panamera 4, 4S E-Hybrid, GTS and Turbo S models. That hybrid model also brings the company-car tax advantages that come with a very low CO2 emissions figure.

No matter which version you plump for, you’re likely to find the Panamera a very easy car to live with. Its hatchback boot opening puts it at an advantage over the saloon-style bootlids of cars such as the Mercedes CLS. The only other large high-performance hatchback is the Audi S7 Sportback. None of these can match the Panamera for its unique selling point, though – truly stunning performance and handling. If you need even more space, a Sport Turismo estate version is also available with a less coupe-like roofline and more upright rear windscreen. 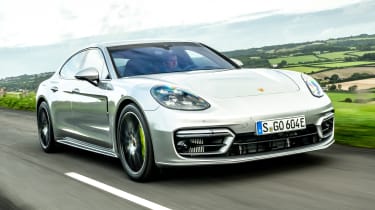 The Panamera 4 E-Hybrid has been replaced by the 4S E-Hybrid, combining the same 2.9-litre engine with a 134bhp electric motor to produce a total of 552bhp - up from 456bhp previously. This takes the low-emissions super-saloon from 0-62mph in a scant 3.7 seconds. It’s hugely impressive and has an electric-only range of 33 miles, thanks to a larger 17.9kWh battery pack. But, the driving experience is a little smothered by all the clever technology, and other Panameras are more fun.

The 473bhp GTS uses a bigger, turbocharged 4.0-litre V8 engine, for a 0-62mph time of just 3.9 seconds. That's a power bump of 20bhp for the facelifted version, and Porsche claims it has been tuned to rev more freely - arguably making it the sweet spot in the range. It's a true rival for the Mercedes-AMG GT 4-door, and feels like the most involving and best balanced version for driving enthusiasts. The Turbo S model uses the same engine but tuned to 621bhp, enough to bring 0-62mph down to just 3.1 seconds. It's an incredible machine, but feels designed more for the German autobahn than busy British roads, such is the magnitude of its performance.

Although physics dictates that a car as big and heavy as the Panamera can’t be quite as flighty as a 911, the Panamera still feels much more the finely-honed sports car than it does a lumbering executive saloon. Porsche’s designers and engineers have created something truly special.

It’s fortunate that all models of Panamera are well equipped, as Porsche is notorious for its ability to tempt customers with a long options list. A rear windscreen wiper, for example, is £250 extra. Heated front and rear seats are another £400. If you’re comparing other cars before making a purchase decision, it’s well worth taking a detailed look at what’s included as standard. 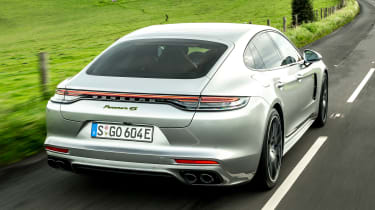 If you’ve been considering a Porsche Cayenne SUV as a family car, test drive a Panamera first to see if you prefer the way it handles. It deserves consideration against any one of the upper-level executive cars it’s priced against, offering a real alternative to more conventional saloon cars and SUVs. Not only is it technically much improved over the previous Panamera, it’s far more likeable, too.

Trying to find the slowest-depreciating cars on sale? Here are 10 cars that won't drop in value too quickly.
2020 Porsche Taycan makes public debut at Frankfurt 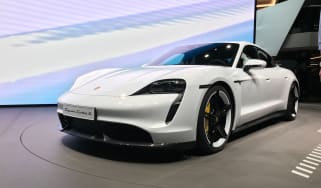 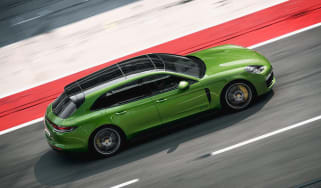 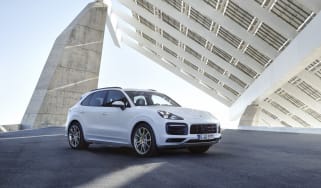 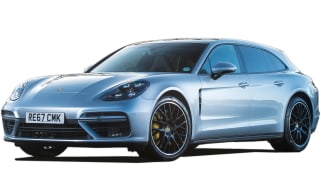 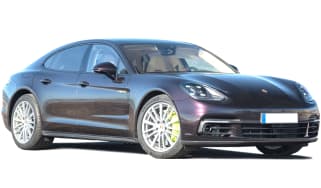 "The Porsche Panamera hybrid is fast, comfortable and relatively economical – but you have to pay for the privilege"
Porsche launches Panamera Turbo S E-Hybrid Sport Turismo 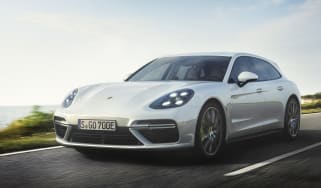 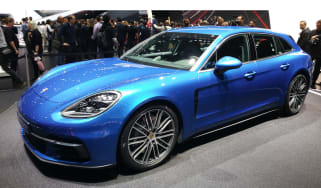 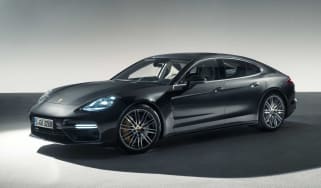 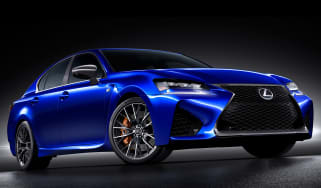 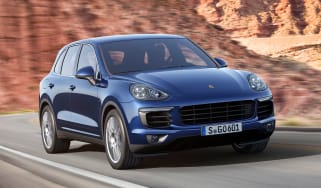 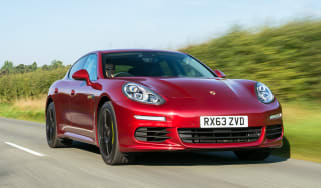 As Porsche plans to increase sales, a smaller saloon model could be on the way
Porsche Panamera hatchback (2010-2016) 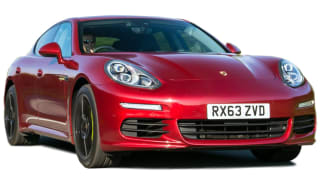 "The Porsche Panamera certainly isn’t a beauty, but it’s surprisingly good to drive for a luxury four-seater."
Tokyo Motor Show 2013: all you need to know 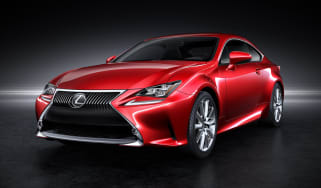