"The Mercedes CLS is an attractive, fast and luxurious cruiser but its coupe styling makes it less practical than more traditional saloons"

Although it caused something of a stir on its 2004 launch, few could imagine just how much influence the original Mercedes CLS would have. It's now in its third generation as an important model in the German brand's line-up, providing a more lavish and prestigious alternative to the Mercedes E-Class saloon and - perhaps - the luxurious Mercedes S-Class.

Unlike previous versions, though, the latest CLS offers seating for five, and this might broaden its appeal to families. It's now better placed to steal sales from the Audi A7 Sportback and BMW 8 Series Gran Coupe – both of which were designed to beat the CLS at its own game in the first place. 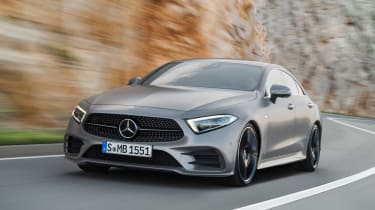 The latest CLS has a far more dynamic appearance than previous models – even though its overall outline seems to have changed very little, it now looks more muscular. The front grille has been turned upside down and curved up at the bottom with a mischievous smile, while the upswept LED headlamps have an eager look. Big air intakes offer clues that the CLS packs some powerful engines, too, with further hints provided by vents to let cooling air leave the rear brakes. With both trim levels based on the AMG Line spec, the overall look is decidedly sporty.

The first engines offered were 3.0-litre petrols and diesels, all of which have six cylinders and come with Mercedes' 4MATIC four-wheel-drive system and a nine-speed automatic gearbox. These have now been joined by a pair of 2.0-litre four-cylinder petrol and diesel engines, which both have the automatic gearbox and rear-wheel drive.

There are 300d, 350d and 400d diesel and 350 and 450 petrol engines to choose from, the latter of which combine petrol with electrical power. They use 48v technology as part of a system named EQ Boost to improve performance and economy; the 350's 37.2mpg isn't bad for a car that manages 0-62mph in six seconds.

The Mercedes-AMG CLS 53 is faster still and uses a more powerful version of the same petrol engine as the 450, but economy drops to 31mpg. None of the engines disappoint on the performance front (even the entry-level diesel manages 0-62mph in 6.4 seconds), but the CLS cossets its driver more than it provides entertainment. It's still an immensely satisfying car to drive, though – power is delivered crisply and without a hint of strain, especially in the twin-turbocharged petrol models. The size and bulk of the CLS never truly disappears, though, and the BMW 8 Series Gran Coupe has the edge on driver involvement.

The BMW can't beat the Mercedes for sheer cruising comfort, though. Even 19-inch wheels (the smallest you can get on a CLS) don't present a problem for the car's suspension, which cushions potholes and road-surface imperfections with unfaltering finesse. The optional air-suspension system promises an even more agreeable blend of comfort and agility. 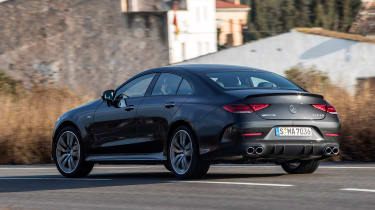 With such smoothness, passengers are well placed to enjoy an interior that's even classier than that of the already-impressive E-Class, with which it shares fundamental features. Even with two trim levels, every CLS is effectively a top-of-the-range model and has a lavish specification to prove it. The options list has been massively shrunk down, however; different paint finishes and a driver assistance package are some of the only extras available.

The latter brings a comprehensive suite of crash-mitigation technology, running as far as a system that can recognise upcoming junctions and roundabouts and reduce your speed accordingly. Even without this package, though, autonomous emergency braking and attention assist reduce the risk of a collision. This means the CLS should be safe, although owner satisfaction isn't guaranteed – as polished as the cars might be, Mercedes only came 26th out of 30 brands in our 2019 Driver Power survey.

Judged on its own merits, though, the latest CLS is a worthwhile evolution of what has become a widely imitated car, and has always proven sought-after both new and second hand. With the promise of greater economy and more power than before, this could well be the best CLS yet.

“Dear Carbuyer, I’m looking for a saloon that’s good to drive and comfortable on long journeys, what do you recommend for £15,000?”
New engines for Mercedes E-Class and CLS 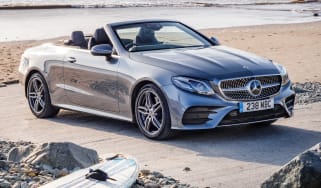 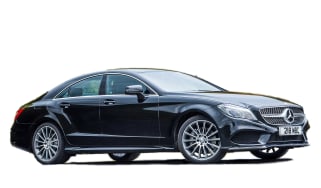 "The Mercedes CLS is one of the most stylish saloons on the road. It has the good looks and driver appeal of a coupe, plus some added practicality."
Mercedes CLS Shooting Brake estate (2012-2018) 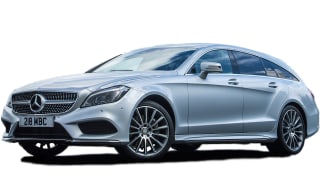 "If you want space, style and comfort – and have the money to pay for it – the Mercedes CLS Shooting Brake is in a class of its own"
Mercedes CLS updates announced 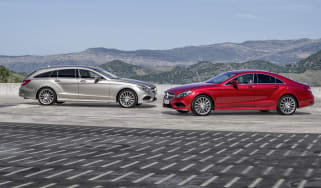 "The striking looks of the Mercedes-Benz CLS are just one part of this four-door saloon's appeal. It's comfortable and good to drive too."
Skip to ContentSkip to Footer