All the latest safety kit is fitted, including pedestrian detection

With independent crash-test body Euro NCAP consistently making its tests more difficult in recent years, the Vauxhall Corsa scored well with a four-star safety rating overall thanks in part to improved safety technology. The rating matches that of the previous Corsa, which was tested back in 2014 under the testing regulations of that time. 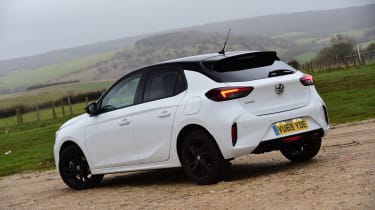 Reliability is clearly going to take some time to establish, but the PSA Group's takeover of Vauxhall is only likely to be a good thing. That's because while Peugeot came eighth in our 2020 Driver Power owner satisfaction survey, Vauxhall floundered in 29th place out of 30 manufacturers.

In our 2020 Driver Power survey, the latest Vauxhall Corsa failed to feature in our top 75 cars because it’s too new. The previous model recorded a lowly 92nd place in 2019, partly because cars tend to slip down the rankings as they get older. Electrical issues were cited as the most common fault. Customers were also unimpressed with its styling, seat comfort, drive and practicality - all issues the new model should tackle.

When crash-tested by Euro NCAP, the Corsa received a four-star rating - the same score as the new Peugeot 208 with which it shares a lot of parts. While the Corsa scored strongly in most areas, with 84% and 86% for adult and child occupant protection respectively, like the 208, the Corsa was marked down for poor whiplash protection for rear seat adult passengers.