A good first car needs to be cheap to buy and to run. It also needs to be well-equipped, reliable and safe. Here's a rundown of the best

Most people can remember their first car; they tend to have symbolic and sentimental importance. Speak to people over a certain age and, for many of them, the idea of buying a brand new car as their first was little more than a dream. Now, however, thanks mainly to Personal Contract Purchase (PCP) finance deals, it’s much more feasible for your first car to be a new one.

New cars bring modern safety technology and ease of use, which are obviously of huge importance to the more inexperienced driver. They also bring more creature comforts too, including smartphone connectivity (such as Apple CarPlay or Android Auto), air conditioning and cruise control. Reliability is generally good for new cars, provided you keep up with basic maintenance. 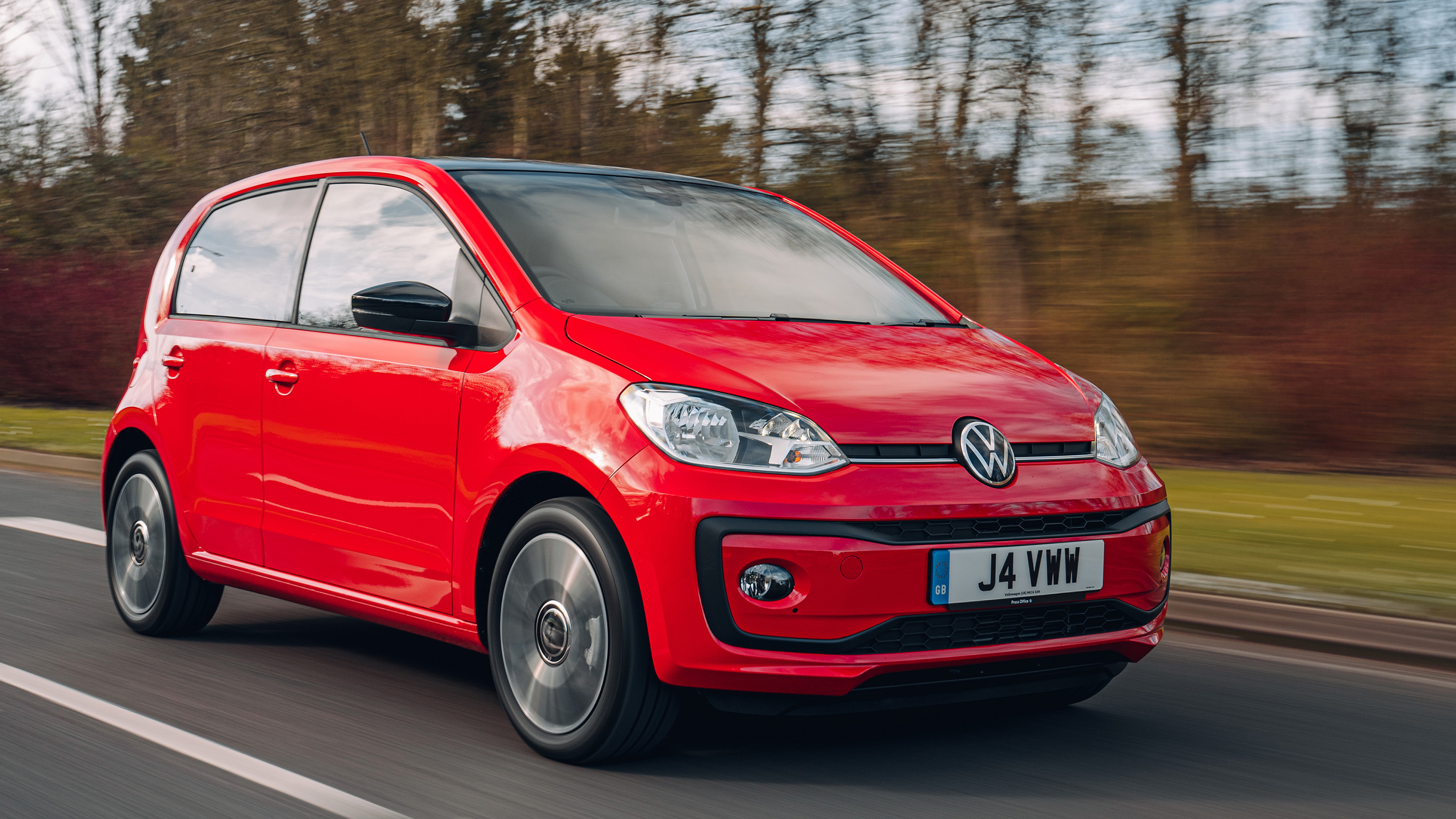 New cars are more fuel efficient than ever, meaning running costs should be low, particularly with small cars and superminis. There are also deals out there to make the ownership experience as affordable as possible for a buyer on a budget. Peugeot’s ‘Just Add Fuel Telematics' finance package, for example, covers all the main motoring costs other than fuel.

If the model on your first-car shortlist isn’t available with such a neat deal, you’ll need to balance various manufacturer and dealer discounts with cheap insurance costs.

The current VED structure means that as of April 2017, you pay a first-year rate based on the vehicle’s CO2 emissions. The tax is rolled into the on-the-road price of the car. Every year after, you then pay a flat annual rate. Cars that cost over £40,000 incur an additional supplement for the first five years. At present, zero-emission cars are exempt from VED. Cars registered before April 2017 are taxed using the older system.

This can all look slightly scary, especially to a new driver, which is why we’ve put together this list of our favourite new cars for first-time buyers. They’re all affordable and cheap to run but that certainly doesn’t mean they’re dull. These cars all variously offer scope for customisation, impressive driver enjoyment or styling flair and desirability.

Another advantage of buying a new car is that it’ll come with the latest safety equipment, should the worst happen – something that will be a huge comfort to the families of young and inexperienced drivers.

The Volkswagen up! has been among our Best First Car champions for a long while. As a complete package for new drivers, it’s near unbeatable and scores highly for the first-time buyer. Not only is it economical but some models also fall into insurance group two, meaning it’s one of the cheapest cars on the market to insure.

We also reckon the up! is one of the more stylish cars in its class, and it’s pretty good fun to drive too. While the up! has the same underpinnings as the Skoda Citigo and SEAT Mii, it’s the only one now offering a petrol engine and is therefore the cheapest of the three to buy. Both the Skoda and SEAT are still well worthy of consideration but new electric versions are much more expensive than their petrol counterparts.

The Ford Fiesta is a true household name and frequently sits at the top of the best-sellers list. It’s a terrific car to drive and, thanks to an innovation called MyKey, it’s a car that parents can confidently entrust to a younger family member. Essentially, it enables a number of behaviour-related settings to be imposed, such as a maximum speed, a seatbelt reminder and even a maximum volume for the stereo. The settings are coded to one key, but normalised settings take over when another key is used.

This way, every member of the family can enjoy a car that may be a little more expensive than some of the other cars on our list, but it’s a good deal more spacious and practical than many of them. You get a similar level of standard equipment as you do on the Hyundai i10, but the Fiesta is much more comfortable on the motorway and some models are just as cheap to run. One thing that does count against the Ford – especially when compared to Kias, Hyundais and Toyotas – is its very average three-year/60,000-mile warranty, but with any luck this concern will be well outweighed by the smile it can put on your face.

The new Peugeot 208 still may not be as fun to drive as the Ford Fiesta but it looks sophisticated inside and out. It’s also an easy car to own – Peugeot’s ‘Just Add Fuel Telematics’ package provides all you need for the first three years on the road, including road tax, servicing, breakdown cover and most importantly, insurance. Drivers need to be aged 18 or over and those aged 20 or younger need to have a telematics box installed in the car to record driving habits, but this shouldn’t be intrusive and free insurance represents a huge saving. It’s well worth it, because the 208 is a very comfortable car and comes with plenty of standard equipment.

The entry-level 1.2-litre petrol model is sufficiently powerful for those using the car around town and is capable of around 53mpg. The most frugal diesel model claims just over 71mpg. Overall the 208 is a great looking car and a very cost-effective way to get on the road. Peugeots are more satisfying to own these days too, with better scores all around for owner satisfaction. In our 2021 Driver Power survey, Peugeot’s overall position of 11th out of 30 manufacturers is much better than previous performances.

We rate the Picanto as one of the best small cars for first-time buyers because it’s cheap to run, attractive and comes with a seven-year warranty. It’s more practical than the Volkswagen up! too. This third-generation Picanto is a great all-rounder, with three engines to choose from.

The entry-level 66bhp 1.0-litre is a good choice for first time drivers because of its good fuel economy and low insurance group rating. Reliability is excellent and the Picanto finished in a hugely respectable second place in our 2021 Driver Power Survey.

The Volkswagen Polo is a household name that’s recognised for its classy design, sturdy build quality and its impressive ability to hold on to its value. Now in its sixth generation, the latest Polo looks sportier and wider, and this increase in dimensions means there’s more space inside, too, with a boot that’s now 25% larger. Technology has also taken a big step up, with features like a digital Active Info Display instrument cluster and adaptive cruise control shared with much more expensive machinery.

A broad selection of engines is offered, but the 1.0-litres are most likely to appeal to anyone buying their first car. The 64 and 74bhp versions are modern engines that are perfectly at home around town, but if you can stretch to it, the turbocharged 1.0-litre TSI with 94bhp is our pick of the range, with livelier acceleration making it adept at tackling country roads and motorways.

South Korea has demonstrated that it makes mobile phones that are hard to beat, and the Hyundai i10 says exactly the same thing about how good the country is at making small cars, too. The i10 is affordable to buy, very well equipped and offers the peace of mind that comes with a five-year warranty.

Available only with five doors, it’s more practical than many rivals and your friends won’t feel too cooped up in the back. It’s pretty good to drive, too, as well as sharp to look at, while all the engines combine good fuel economy and decent performance: the 1.0-litre version returns up to 56.5mpg.

There are few more stylish superminis than the latest Renault Clio, our reigning Best Small Car 2021. While the exterior redesign is more evolution than revolution, inside it’s all change, with the option of a huge 9.2-inch portrait touchscreen. With a smattering of soft-touch materials thrown in as well, it feels at least as upmarket as an Audi A1 or MINI.

Traditionally, the Clio couldn’t come close to the Fiesta in terms of handling but Renault has really upped its game for this new model and, as a result, it’s closer than ever. A five-star safety rating and impressively low running costs win extra points for the Clio - overall it’s a package that will likely suit young drivers and their parents.

The Peugeot 108 is already a good first car but Peugeot’s ‘Just Add Fuel Telematics’ package makes it even more appealing. Buy any new Peugeot 108 and for one all-inclusive monthly bill, your insurance, warranty, roadside assistance, servicing costs and road tax will be covered for three years. Peugeot will cover all the associated bills with running a car through its ‘Just Add Fuel Telematics’ scheme for those aged 18 or over. The deal depends on the installation of a telematics box to your car to monitor your driving style and the times that you use your car; poor driving will result in your insurance being cancelled.

The 108 makes sense for other reasons, with excellent fuel economy from a 69bhp 1.0-litre petrol engine that is usable on the motorway as well as on busy city streets. Peugeot scores well for owner satisfaction these days too, finishing in 12th out of 30 manufacturers in our 2019 Driver Power survey.

The Citroen C1 makes it onto our list for a number of compelling reasons. Firstly, it’s a characterful and fun car to look at and to drive; secondly it’s extremely attractively priced; and thirdly, it’s covered by Citroen’s ‘Simply Drive’ scheme. Like the Peugeot scheme outlined above, this package includes road tax, servicing and insurance for three years.

As with the Peugeot, a telematics box will be required in order for drivers aged 18-21 to qualify for free insurance, but it won’t stand in the way of your enjoyment of the car. And enjoy it you will! The C1 shares its mechanical structure with the Peugeot 108 (which is also covered by the Peugeot ‘Just Add Fuel Telematics’ scheme) and all models have an MP3-compatible stereo. Feel trim and above have air-conditioning, while the 1.0-litre engine returns around 52mpg. Although the Simply Drive scheme doesn’t include fuel, you won’t visit the filling station too often.

The Skoda Fabia is a great first small car because it’s so easy to drive, cheap to run, practical, safe and comfortable. It's full of Skoda’s ‘Simply Clever’ features, designed to make life easier, such as a built-in ice scraper, a ticket holder on the windscreen and an umbrella inside the cabin.

While the Fabia might not be the bargain it once was, safety and technology levels are impressive. That said, first-time buyers should find the Fabia affordable because of good finance offers. New Fabias can also be bought with an inexpensive service plan that covers the first two dealer services. The car is built on the MQB platform and is shared with many other VW Group vehicles, which means that the current Fabia is the most competent supermini and the best to drive that the Czech manufacturer has produced.