We pick 10 of the best cheap cars to insure, which could save you hundreds on your annual policy

It can be frustrating looking for a car that’s cheap to buy, only to find that once you factor in the annual insurance costs, it’s not the bargain it originally seemed. Car insurance is a major annual expense and you should focus on looking for a car that is cheap to insure, instead of something that’s just cheap to buy if you want to keep annual running costs down. Cars that are cheaper to insure are those that sit in a lower insurance group rating. You might be surprised to find that some of the cheapest cars to insure are still desirable and capable cars to own if you know what to look for.

Many factors come into play when getting a quote for your annual insurance premium, and it can vary widely from person to person – however, one thing that is a constant is your car’s insurance group rating. These ratings are calculated by the Association of British insurers and Lloyds Market Association; they make a detailed calculation of the financial risk of each model based on the price, engine power and performance, cost of repairs and how secure the car is. They also use a formula to calculate how likely a car is to be stolen or crashed. 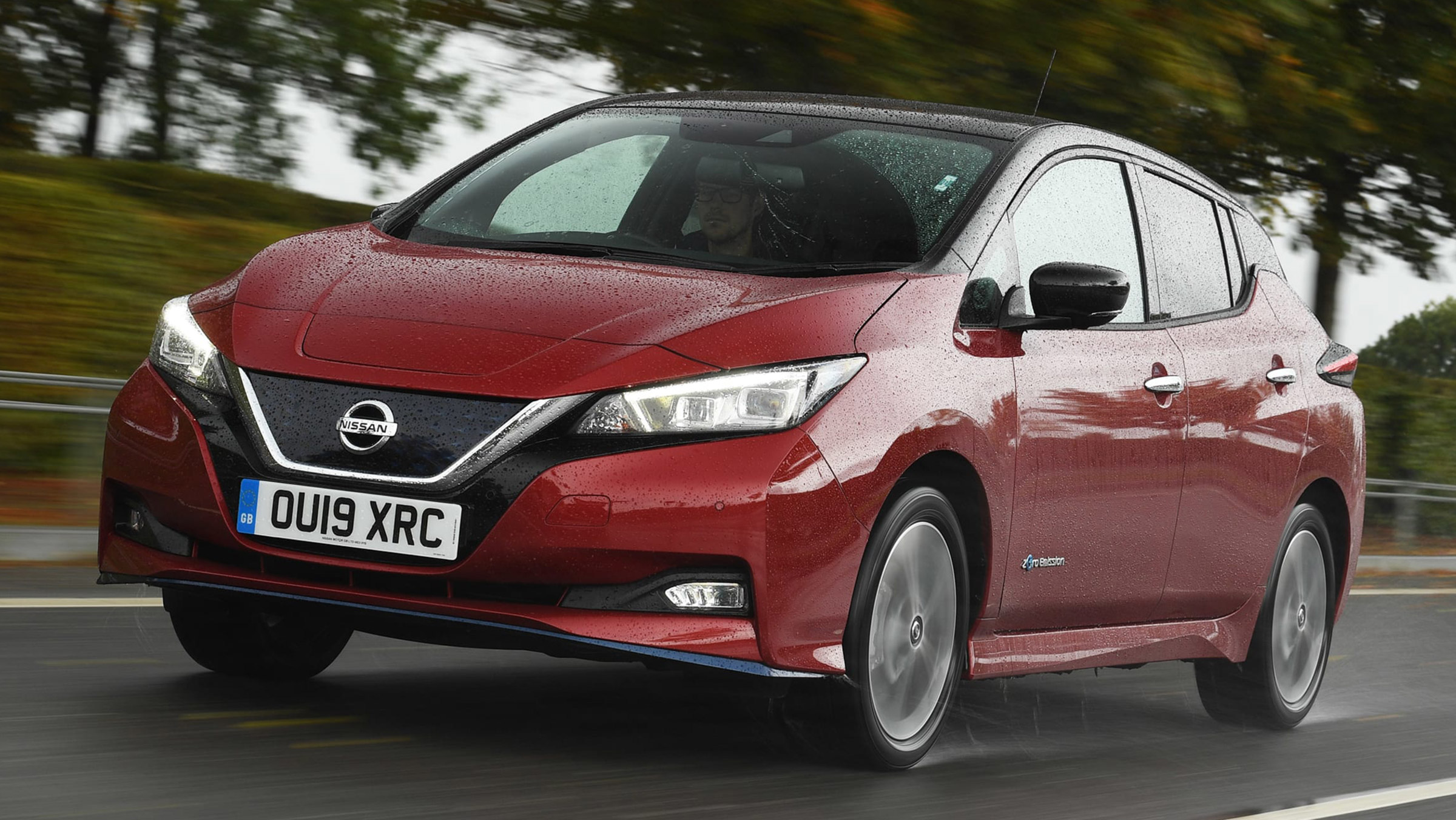 Every car on sale in the UK is categorised into an insurance group which ranges from one to 50. As a general rule you’ll find that for most car model ranges, the entry-level trims with smaller engines tend to be rated in lower insurance groups than those with bigger, more powerful engines and more desirable in-car tech and features. For the very cheapest insurance group cars, check out our guide to the best insurance group one cars.

When insurers take into account your personal circumstances, such as age, occupation, driving history, experience and where you live, your insurance cost can increase or decrease significantly – another option that can decrease the cost of your premiums is to have a ‘black box’ installed in your car so your insurer can monitor your driving habits and reward safe driving.

Fortunately, affordable insurance doesn't need to limit you to a tiny, impractical car, because this is not an option for everyone. As you’ll see, our top 10 list of the cheapest cars to insure contains many different types of car. While the inclusion of small superminis might not surprise you, the presence of larger, more practical cars in our list is likely to put budget-conscious families at ease.

Aside from the topic of insurance, If you’re looking for a car which won’t break the bank to run, you’ll find our top 10 articles for the best first cars and most economical cars useful, along with our advice articles on how to get affordable car insurance if you’re a young driver and our guide to car insurance.

The Romanian brand Dacia is all about value for money and the Sandero really is a lot of car for its price. It’s the cheapest new car on sale in the UK even though it’s the same size as a Renault Clio or Skoda Fabia and has a similarly practical boot, along with a spacious interior. There's more good news on the financial front, as entry-level 1.0-litre petrol models are listed in insurance group eight. That’s for the 64bhp petrol model in Access triml, which is terrific value all round, albeit light on creature comforts.

If you plan to make longer journeys, the more powerful 89bhp 1.0-litre turbocharged model known as the TCe 90 will probably suit you better, although this pushes insurance up to group 15 with the more acceptable Essentials trim. If the Dacia name isn't familiar to you, fear not; the brand is long established in Europe and is part of the Renault empire, sharing technology and components with many more popular cars. In the Sandero’s case that means the Renault Clio.

The VW up! is one of three almost-identical city cars from the Volkswagen Group – the other two are the Skoda Citigo and SEAT Mii - but it’s now the only one you can buy with a petrol engine. The up! is arguably the classiest of the three; many will appreciate the prestige of the famous VW badge. There's a choice of modern petrol engines available and the 64bhp 1.0-litre model is rated in insurance group two.

Unlike some city cars, the up! doesn't feel out of its depth on the motorway or in heavy traffic. However, if you feel more comfortable with a little more power, a group five insurance rating means the 74bhp version is only slightly more expensive to insure - bear in mind that they’re now only available on the used market. The 74bhp engine is our favourite and its thrummy sound, impressive fuel economy and easy-going attitude make it a very appealing choice for town or country driving.

The latest SEAT Ibiza is not only a significant improvement on its predecessor, but one of the most refined superminis you can buy. It has much in common with the Volkswagen Polo and an enticing array of standard equipment, including metallic paint, DAB radio, smartphone mirroring and air-conditioning.

Further up the range, the Ibiza offers many luxuries previously reserved for much bigger cars. To get cheap insurance, you’ll want to look at the naturally aspirated 1.0-litre ‘MPI’ petrol engine with 79bhp, as this sits in groups 2-5, depending on trim level. If you can stretch to group eight insurance, the 94bhp 1.0-litre TSI engine is worth a look; it has a turbocharger for sprightlier performance and almost identical fuel economy.

The Kia Rio is a spacious Ford Fiesta rival with an upmarket appeal and low running costs. This extends to its insurance ratings, with the star of the range being the 1.25-litre petrol in 2 specification, which has a group four insurance rating to match. Part of the reason for such a low band is the fact that the Rio 2 comes with autonomous emergency braking (AEB), which can apply the brakes if an imminent collision is detected. This engine is also affordable to run thanks to its 45+mpg claimed fuel economy.

With space for adults in the front and back seats, the Rio is practical for a supermini, with a 325-litre boot. It’s also well equipped, with a tablet-style touchscreen available with Android Auto and Apple CarPlay compatibility to connect your smartphone. Throw in Kia’s unrivalled seven-year warranty and the Rio is a great choice if you need to want to keep a close eye on your motoring budget. Like the Ibiza, the turbocharged petrol engine sits in group eight but it arguably provides the best mix of performance and economy.

The Ford Fiesta is almost always the UK’s best-selling car, and part of its appeal is how much it costs to insure. If you hunt out a Style model on the used market, the 1.1-litre petrol engine provides very affordable insurance as it’s in group two. This model is no longer available, but the current entry-level Trend has a reasonable group four rating. The Trend comes with much more standard equipment than the Style did, including an eight-inch touchscreen with Apple and Android connectivity, air conditioning, all-round electric windows and fog lights.

Even the base models are great fun to drive - the Fiesta is still the best-driving supermini on sale. Elsewhere, the Fiesta is quite spacious and has a bigger boot than some of its rivals, while inexpensive servicing and the sheer number of Ford dealers contribute to the Fiesta’s appeal.

There’s an all-new Fiat 500 electric car in showrooms but Fiat is selling it alongside a mild-hybrid version of the second-generation 500 - for a while at least. It may not be quite the insurance champion of previous entry-level 500 models, but in group eight, it’s cheap to insure.

Meanwhile the 69bhp 1.2-litre petrol version of the Fiat 500 has disappeared from new car lists, so if you want to enjoy group five or six insurance you’ll now be looking at pre-owned Pop and Lounge models. The latter is our favourite, as it adds lots of handy extra features, notably split-folding rear seats, parking sensors and cruise control.

Many of the cars on this list are small city cars and superminis but the latest Vauxhall Mokka shows you can have a family SUV and still not pay a huge amount of money for insurance. It’s a stylish SUV with a much improved interior and efficient engines, and it’s an appealing all-rounder, even if it’s beaten for driving fun and ultimate practicality by certain key rivals.

The entry-level Mokka features a 1.2-litre three-cylinder petrol engine with 99bhp and this model starts with a group 13 insurance rating - not bad for a sharply-styled SUV. The alternative is a 128bhp version of the same engine and while drivers will enjoy the extra power, it catapults the car into insurance group 18. There’s a 1.5-litre diesel that feels just as punchy as the petrol engine in everyday driving, and that starts at an even more cost-effective group 15.

If you’d prefer your family car to look a little sportier and sleeker but still be relatively cheap to insure, the Hyundai i30 Fastback hybrid offers style and performance with a reasonable group 18 insurance rating. That makes the 158bhp 1.5-litre Hyundai i30 Fastback one of the cheapest sporty cars of its kind to insure, as it offers a bigger boot than the regular i30 hatch and a coupe body similar to more expensive cars from Mercedes and BMW.

The Hyundai i30 Fastback is well-equipped, with sat nav, wireless phone charging and a reversing camera all standard. If you’d rather have the regular hatchback or the practical estate, you can pick 1.0-litre options staring in insurance group ten.

A previous Carbuyer Car of the Year winner, the fantastic-value Hyundai i10 remains one of our favourite small cars. It’s good-looking inside and out, well equipped and – with five doors and a 252-litre boot that beats its rivals for size – practical, too. The entry-level 1.0-litre petrol is impressively cheap to insure starting at group four and is also economical, bringing running costs right down. It’s not the quietest or smoothest car for long motorway journeys, but it comes highly recommended as a cost-effective urban runabout.

If you’ve long distance friends or family members you visit from time to time though, we would recommend choosing the more powerful 1.2-litre engine. While this will push insurance premiums up a little thanks to an increase in its rating to group eight, you’ll probably be glad you went for the punchier model when it comes to motorway overtaking, but it'll still be genuinely affordable for almost every driver.

Some older petrol Skoda Citigo models occupy insurance group two, which might make the electric model’s group 11 rating look very high. However, it’s one of the cheapest electric cars to insure and offers a decent range compared to similarly priced rivals. Factor in charging that costs much less than a tank of petrol and VED (road tax) exemption, and the Citigo e iV should be otherwise very cheap to run.

We praised the petrol Citigo for its surprisingly spacious and well-built interior, plus its refinement on faster roads, and those positives are applicable for the EV version too.