The market for small, economical SUV-style cars is bigger than ever and the Kia Stonic was one of many additions to this competitive field introduced in the last few years. Nearly every mainstream manufacturer now produces a small SUV, so they need to excel to stand out from the crowd.

Closely related to the Hyundai Kona from Kia's sister company, the Stonic is developed from the Kia Rio hatchback and has a more car-like look than many of its rivals, which include the Nissan Juke, Peugeot 2008 and Skoda Kamiq, as well as the Citroen C3 Aircross, Renault Captur and SEAT Arona.

The Stonic also now faces competition from within; the Kia XCeed is slightly bigger and isn’t much more expensive on a monthly basis, while the Kia Ceed is slightly cheaper than the Stonic on PCP finance at the time of writing as it suffers from less depreciation. 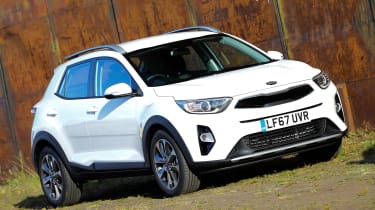 The Stonic is one of the more distinctive cars in Kia's line-up, but features a 'tiger nose' grille and swept-back headlamps that are similar to those on the Kia Rio. The overall look is fairly muscular and squat, with a more car-like profile than many of its rivals, but it does seem quite reliant on a bold choice of colour to really bring it to life. Choosing one of the contrasting roof colours that Kia offers adds welcome additional visual interest.

Things look a little livelier inside, where Kia has introduced various personalisation options in a bid to attract younger buyers. In fact, the company claims the Stonic is the most customisable car it’s ever made, with an array styling packages available.

A 98bhp 1.4-litre petrol engine was initially offered but has since been withdrawn, leaving you with the choice of a 118bhp turbocharged 1.0-litre petrol or a 113bhp 1.6-litre diesel. The diesel (only offered with the ‘3’ trim) is the most fuel-efficient, returning 56.5 mpg, but our pick is the 1.0-litre petrol – it’s more powerful than the outdated 1.4-litre petrol, as well as quieter and more responsive than the diesel and, while it does require a little effort to get the most out of it, 46.3mpg is very reasonable.

Although the Stonic is a little more expensive than some of its rivals, its generous standard equipment list makes amends. There are '2', '3' and '4' trim levels, plus a ‘Maxx’ version for 2020, but even the 2 comes with kit such as 17-inch alloy wheels, air-conditioning, rear parking sensors and a seven-inch infotainment system with Apple CarPlay and Android Auto. It’s likely you’ll have to spend extra on some rival models that have a lower starting price in order to get the same level of equipment.

The Stonic is one of the better crossovers to drive, but there's a trade-off when it comes to ride comfort. Practicality isn’t anywhere near the best in class and nor is economy, and while the interior isn’t bad, it's far from being the nicest-looking or best assembled that you'll find for the money. The Stonic's safety rating, meanwhile, depends on which model you go for – the presence of the optional safety pack boosts its Euro NCAP crash-test score from a lacklustre three to a strong five-star rating.

Kia’s warranty remains excellent at seven years or 100,000 miles, but overall the Stonic loses marks for the same reason as the Rio on which it’s based: it makes an average fist of most things without standing out in one particular area. Rivals are either more interesting to drive (like the SEAT Arona), or more comfortable and practical (like the Citroen C3 Aircross). As such, it's hard to recommend the Stonic against more inspiring competition. 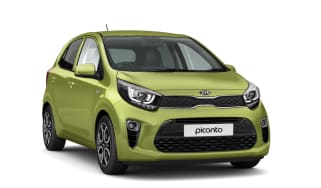 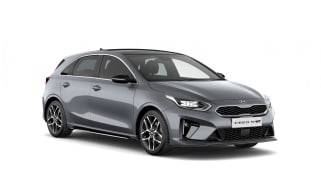 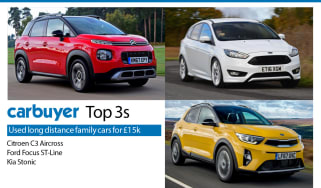 “Dear Carbuyer, I’m looking for a £15,000 for a family car to pile on the miles”
Kia Stonic and Picanto special editions announced 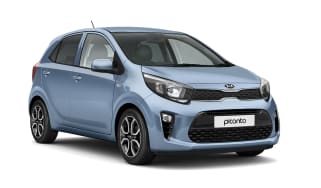