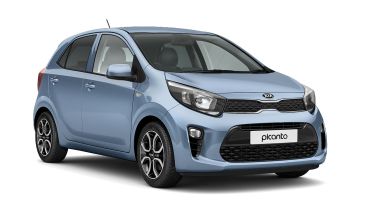 Special edition versions of the Kia Picanto city car and Kia Stonic crossover have been announced, starting at £11,895 and £18,200 respectively.

The Picanto Wave is based on Kia's popular rival to the Hyundai i10, Volkswagen up!, Peugeot 107 and Ford Ka, and is powered by a 66bhp 1.0-litre petrol engine. Key features are a seven-inch touchscreen infotainment system with DAB radio, Apple CarPlay and Android Auto, and a reversing camera. There's a wireless phone charger too.

On the outside, the Picanto Wave is distinguished by special Celestial Blue premium paint, set off by 15-inch alloy wheels and tinted rear windows. Inside, blue denim-style cloth meets faux leather for the upholstery, and white accents enliven the air vents, lower centre console and door armrest. Claimed to return up to 49.6mpg, the five-speed manual Picanto Wave costs £11,895. 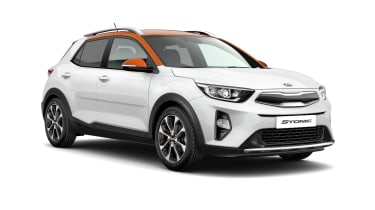 No less distinctive, the Stonic Mixx brings a fresh look to Kia's rival for the Nissan Juke, Peugeot 2008, Vauxhall Mokka X and Hyundai Kona. The crossover SUV is powered by a turbocharged 118bhp 1.0-litre engine and is offered with a six-speed manual gearbox or seven-speed dual-clutch automatic. The Stonic Mixx gets the same infotainment setup as the Picanto Wave.

'Clear white' paintwork contrasts with an orange roof, 17-inch alloy wheels and privacy glass to give the special edition of the Stonic a look all of its own. Inside, black cloth and grey faux-leather upholstery is adorned by orange accents to reflect the car's exterior, with matching trim for the lower centre console and infotainment display surround.