Early cars had a few electrical gremlins, but most of these seem to have been ironed out. The Range Rover also has excellent safety credentials.

Land Rover has a reputation for making high-class, stylish 4x4s, but there's no denying its poor record for reliability over the years. The company has often finished towards the bottom of owner satisfaction surveys, with some big bills reported on older models.

The latest Range Rover is built in a different way and in a different factory to the previous car, while its electrical components are less complex and more reliable.

Too few Range Rover owners participated in our 2019 Driver Power satisfaction survey for it to be included. However, Land Rover finished 20th overall out of 30 brands covered in our 2019 survey, a disappointing fall from seventh place in 2018. The number of owners reporting a fault increased from 18.1% to 35.7%, the highest average share of faults of all the top 30 manufacturers. 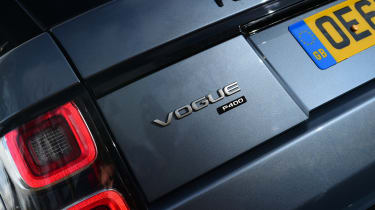 The Range Rover has also been awarded a five-star Euro NCAP safety rating, which includes one of the highest ratings ever given for pedestrian protection in the large off-roader category.

Euro NCAP's tests praised the car for how it protects adult and child occupants. Its safety rating was boosted by a full suite of features, such as autonomous emergency braking and advanced traction-control systems that make the car safer and more stable on the road as well more capable off it. Should the worst happen, you and your passengers are protected by a full complement of airbags.