“The MG6 represents decent value for money, but quality and refinment isn’t up to the standards of the class.”

The MG6 was the first MG to be launched under the company’s Chinese ownership in 2011 and naturally it was an important car for the brand. It impressed with its value-for-money and decent handling but it suffered from a range of old-fashioned, uneconomical engines and a poor quality interior.

Fast-forward several years and the MG6 is no longer available with its thirsty petrol engine, instead making do with a 148bhp 1.9-litre diesel engine that’s been improved to deliver better efficiency. A new six-speed gearbox makes changing gear in the MG6 a smoother experience too. 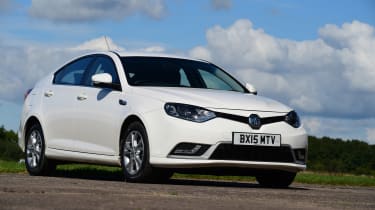 There remains a lot left to be desired from the materials used on the inside of the car but there is now a more modern infotainment system with a seven-inch touchscreen that is much better to use.

Combine the improvements with a cut to the car’s price tag and you have a hatchback that’s in a more tenable position in the market to compete with the Ford Focus, Skoda Octavia and Vauxhall Astra, rather than one that’s attempting to steal sales from cars in the class above like the Ford Mondeo.

Despite the drop in price, the MG6 still comes with plenty of standard equipment, whether in S, TS or TL trims. The entry-level S model comes with kit such as alloy wheels and heated seats, so the basic MG6 needn’t be seen as a completely no-frills proposition.

The mid-range TS spec car is the model we’d recommend because luxuries like sat-nav and part-leather seats are added to the equipment on the entry-level MG6.

Show me:
New MG6 launches in China ahead of UK debut 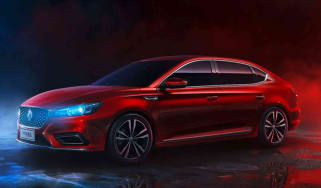 New MG6 launches in China ahead of UK debut 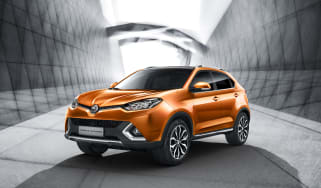 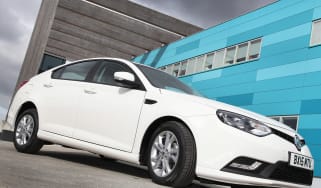