The MG6 handles well and its diesel engine is powerful

There is one engine available with the MG6 and that's the 1.9-litre turbodiesel that produces 148bhp. The diesel feels fairly powerful and responsive, with a sixth gear to keep the revs low at speed.

MG is keen for the MG6 to be seen as a fun car to drive but even so it doesn't quite match the Ford Focus in terms of fun for the driver. The steering lacks feel and doesn't gain weight in corners like you would naturally expect, which is a problem for feedback and involvement. 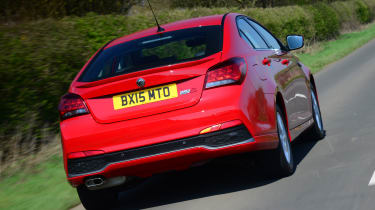 It's still as good if not better than both the Kia Cee’d and Vauxhall Astra, though. Drive the car quickly round a corner and the MG6 feels agile, with only the heavy diesel engine making the car want to go straight on, rather than grip and turn, in tight bends taken at speed.

Engineers have tried to strike a fine balance between comfort and handling, but the MG6 could do with being slightly less stiff. That's not to say the ride is bad; drivers just may prefer a softer set-up over long distances.