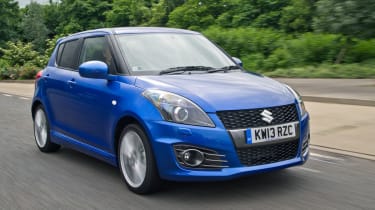 The 1.3-litre DDiS model is now available in the higher SZ4 spec, and offers emissions of 101g/km (previously 109g/km) and fuel economy of 72.4mpg. All models in the range get a lower front bumper with a new design, a new grille and an LED brake light at the back.

The more rugged Suzuki Swift 4x4 model goes on sale in July, priced at £11,516. It will be available in two five-door specifications, SZ3 or SZ4, and both models will come with a manual gearbox and a 1.2-litre petrol engine. The SZ3 isn’t too different from its non-4x4 counterpart, with just a new badge and a higher ride height. The SZ4, however, adds a tougher look with plastic protection from scrapes on the bumpers, bigger wheel arches and black trim under the doors.

The 4x4 is 65kg heavier than the standard front-wheel drive Suzuki Swift, which means emissions are higher at 126g/km of CO2 – meaning yearly tax now costs £105 a year, up from £30. However until 30 September there is no VAT on new purchases of the Suzuki Swift 4x4, so there's a 20% saving on the list price of the 4x4. Plus, there’s also get Suzuki's three-year or 60,000-mile warranty and one year of free breakdown cover included in all Suzuki Swift purchases. 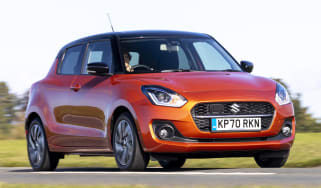