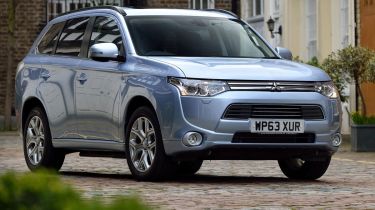 One of the striking aspects of the car’s launch is the price – when the government’s £5,000 plug-in car grant is taken into account, the entry-level GX3h PHEV costs £28,249, which is exactly the same as the Outlander GX3 diesel model. Usually the technology fitted to hybrid models mean they are considerably more expensive than the conventional cars in the range.

In full electric mode the car has a range of up to 32.5 miles, which Mitsubishi points out is more than the average UK daily commute of 25 miles. The official economy figures are 148mpg with CO2 emissions of 44g/km, but Mitsubishi believes better numbers should be regularly achievable, particularly for drivers able to run the car predominantly on electric power only.

As well as the five seats, four-wheel drive and practical boot of the existing Outlander models, the GX3h also gets the same standard equipment as the GX3 diesel version, which includes 18-inch alloy wheels, cruise control, a leather steering wheel and dual-zone climate control air-conditioning.

The Mitsubishi Outlander PHEV range will arrive in UK showrooms from May and is available to order now. The GX3h starts from £28,249, the GX4h is £32,899 and the GX4hs is priced at £34,999 (prices include Government grant).

For reviews of cars in the current Mitsubishi line-up, visit Carbuyer’s Mitsubishi page. 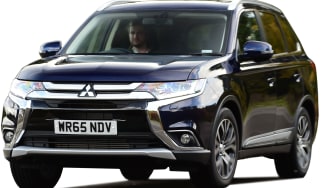