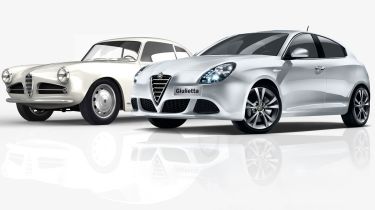 Central to the special edition’s appeal is a £1,250 discount that will be offered to any customer that buys the car using the company’s finance scheme – either via Personal Contract Purchase or Hire Purchase – between 7 and 22 April. The saving equates to the price of the first Giulietta back in 1954.

The special edition comes complete with Lunar Pearl paint – one of numerous additions to the 2014 Alfa Romeo Giulietta range – which would usually cost £510 extra.

Further to this, buyers of any Alfa Romeo Giulietta (within the same time period) will automatically be entered into a prize draw that means they could win the car outright for just £1,250.

Other updates across the 2014 range include new engines, the inclusion of Alfa Romeo’s Uconnect touch-screen infotainment system (now standard fit), a variety of new seat upholsteries, and a choice of new colours.

News of the special edition – and the revisions for 2014 – come as a welcome boost to a model that offers eye-catching looks (and comparative rarity) but, in reality, is outclassed by rivals such as the Volkswagen Golf, Ford Focus, Hyundai i30, and the Kia Cee'd.

To read our in-depth review of the Giulietta – and of all the other models from across the Alfa Romeo range – head to the Carbuyer Alfa Romeo reviews page. 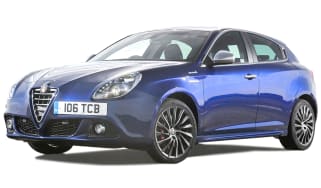