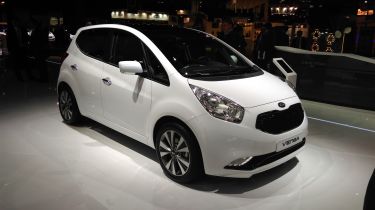 Kia has pulled the covers off the facelifted Kia Venga at the Paris Motor Show today. The car gets a new grille, revised rear end, a classier interior, plus new alloy wheel designs and an enhanced options list.

Kia's European design team is responsible for the new model’s ‘tiger-nose' grille, which gives it a more striking look. It has a repositioned badge and a refreshed lower grille with foglights integrated into the car’s LED daytime running lights. The rear also gets revised LED tail-lights for a fresher look.

Kia has worked to raise the Rio's game when it comes to its interior fixtures and fittings. It gets a new dashboard design, while the cabin as a whole gets dark metal trim, bright accents and a choice of two new seat trims. 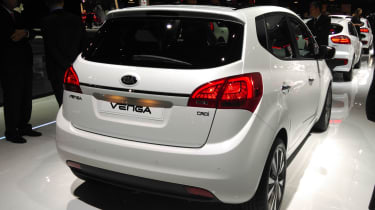 Every Venga is equipped with a 130mm sliding 60:40 split-folding rear seat, which also folds down flat into the floor to create a versatile luggage area.

The 2015 Venga will be offered with a choice of six 1.4-litre and 1.6-litre petrol and diesel engines, producing between 76bhp and 126bhp. Buyers can choose between five or six-speed manual gearboxes, or a four-speed automatic. 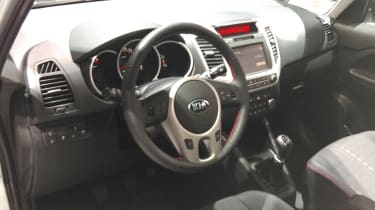 All models are available with stop-start technology, which pauses the engine when stopped at lights to save fuel. When this is fitted, the 1.4-litre diesel is the cleanest model, with CO2 emissions of 114g/km for an annual road tax bill of just £30.

The Kia Venga has been successful so far, with UK sales topping 25,000. The new model is set to go on sale early next year. Prices should stay close to the current model, which starts from just under £11,500.