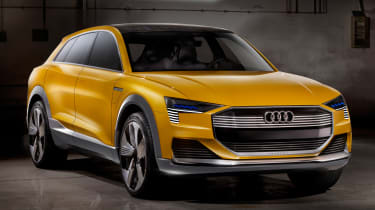 The Audi h-tron quattro concept car is a showcase for technologies destined for future Audi models, and this SUV uses a hydrogen fuel cell and electric motors for its power.

The h-tron is based on the Q6 e-tron that was on show at the Frankfurt Motor Show last year but, unlike that car, has a ‘state-of-the-art’ hydrogen fuel cell that can deliver up to 148bhp. The car also has a battery that can temporarily provide an extra does of power, giving the h-tron a potential output of 282bhp. 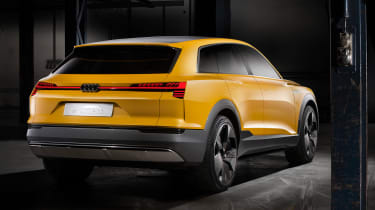 The car’s wheels are driven by two electric motors, one on the front axle and one on the rear, to make the h-tron an ‘electrified quattro’. Audi says this represents the next level in the evolution of its famous four-wheel drive system.

The h-tron concept car can manage 0-62mph in under seven seconds and Audi says a range of up to 372 miles is possible. More importantly, all of those miles would be completely emissions-free. Totally refueling the car with hydrogen takes just four minutes, as opposed to the hours needed for most electric cars.

The h-tron quattro concept is fitted with a number of technologies set for the next generation Audi A8 saloon, which is due in 2017. The most noteworthy are the piloted driving and parking systems, which enable the car to park itself and drive itself in motorway traffic at speeds of up to around 40mph. Autonomous driving technology is becoming increasingly mainstream and Audi is keen to keep up. 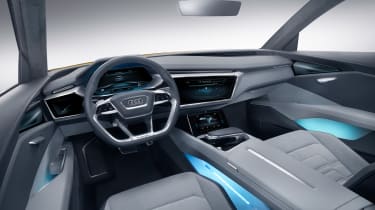 Inside the h-tron, there is a new version of Audi’s virtual cockpit. The system has an OLED (organic light-emitting diode) screen in the place of traditional dials, as well as a touch-sensitive steering wheel and tablet-style screens for passengers in the back seats. As with the autonomous driving tech, we could well see elements of the h-tron interior make it into the A8 when the production model is unveiled next year. 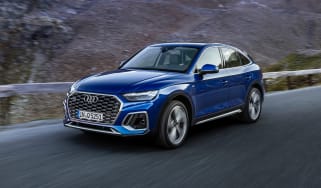