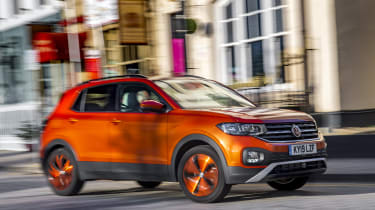 Volkswagen has announced a new diesel engine option for its T-Cross SUV. Pricing starts at £21,240 for the SE version, rising to £26,740 for the flagship R-Line model. The diesel T-Cross is available to order now.

The new turbocharged 1.6-litre four-cylinder diesel engine produces 94bhp and is available with a five-speed manual or a seven-speed automatic gearbox. The manual gearbox is the fastest, getting the car from 0-62mph in 11.9 seconds, with the automatic taking 12.5 seconds. According to VW, this engine can achieve a claimed 52.9mpg while producing 140g/km of CO2. 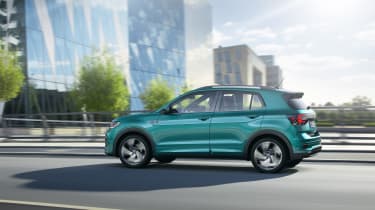 Alongside the new diesel engine, UK buyers can also spec a turbocharged 1.0-litre three-cylinder petrol engine with 94 or 113bhp. A five-speed manual gearbox is standard on the 94bhp engine, while the more powerful engine comes with a six-speed manual. An optional seven-speed dual clutch automatic is optional with this engine.

VW claims the new diesel T-Cross is the most economical model in the range with a claimed fuel economy figure of 52.9mpg and emissions of 140g/km. By comparison, the most efficient version of the 1.0-litre petrol engine can return up to 48.6mpg and 131g/km of CO2.

The T-Cross range starts with entry-level S trim followed by SE and SEL, before topping out with a sporty-looking R Line model. 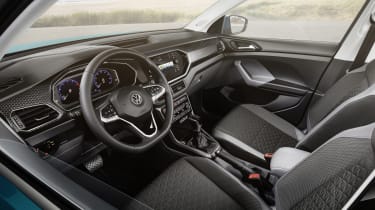 Moving up to the SE trim gets you the choice of the more powerful engine, plus 17-inch wheels, black roof rails, front fog lights, a leather steering wheel, a variable boot floor, adaptive cruise control, app connect and a driver alert system.

The R-Line model comes with some sporty styling add-ons, VW’s Active Info Display and 18-inch alloy wheels. Options across the range include different alloy wheel designs, a Beats sound system, and a number of style packs to allow owners to personalise their cars.

The Volkswagen T-Cross has its mechanical basis in the VW Polo supermini. Both models uses the company's MQB A0 platform, which will also underpin the forthcoming Skoda crossover. It's a lot bulkier to look at, though, with a squared-off shape, tall bonnet and big wheel arches that make it look less like a 'tall hatchback' than the SEAT Arona.

The bulkier looks of the T-Cross are no illusion – it's 54mm longer and 97mm wider than the Polo. The driver sits 100mm higher, too, providing an elevated view out. Being on a slightly larger scale than the Polo ought to make it more practical for family life, too – it’s 385-litre boot is slightly larger than that of a VW Golf, and can be expanded to 455 by sliding the rear passenger seats forwards. Alternatively, folding them away altogether creates a 1,281-litre load bay. 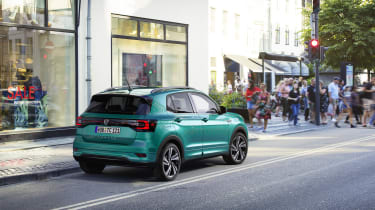 Anybody familiar with the Volkswagen Polo will recognise aspects of its interior in the T-Cross. It employs the same central infotainment touchscreen – available in 6.5 and eight-inch forms - to provide access to navigation, entertainment and certain vehicle settings. Top-spec cars will have VW's 'active info display'; a user-configurable digital dashboard. It'll be available as an option on most models.

If you’re thinking of buying a Volkswagen T-Cross, take a look at our list of the best small SUVs currently on sale to see what else might suit you. 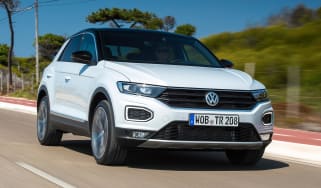 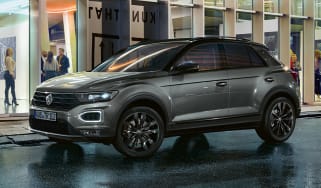 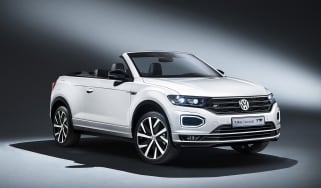