With battery costs dropping, EV prices are set to match petrol and diesel cars by 2022. 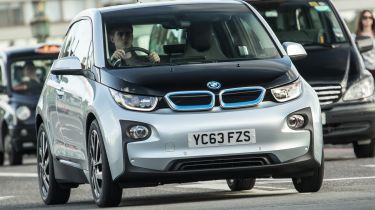 A new report has suggested electric cars - thanks to advances in battery technology - could drop to be the same price as traditional petrol and diesel-powered cars by as soon as 2022.

According to the report by Bloomburg Business, in the last twelve months battery prices have dropped by a massive 35%, meaning they’ll soon be as cheap to produce as a current petrol or diesel-powered engine.

Electric car sales are increasing constantly - they grew by 60% worldwide last year - and by 2014, Bloomburg predicts around 35% of all new cars sold worldwide will be EVs.

Considering that electric cars currently make up less than 1% of global new car sales at the moment, this looks to be an ambitious statement. However, the fact that the battery in an electric car makes up more than 30% of an electric vehicle’s cost, bringing the cost of those down will make electric cars much more attractive – especially as range increases. Bloomburg’s report suggests this will happen in 2022.

This is when the industry is expecting electric cars to achieve ‘lift-off’ in terms of sales. It’s not just the car industry that will be affected, however. The report suggests that this could lead to a reduction in demand for oil of up to 2 million barrels a day by 2023, which could lead to a massive slump in prices, which in turn could cause a major economic crisis – especially in oil-dependent economies.