New ProPILOT self-driving technology to debut on Nissan Serena in Japan; coming to Europe in 2017 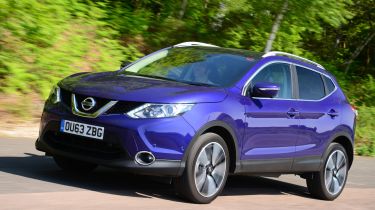 In late August this year, the Nissan Serena will become the first Japanese car to come with autonomous, self-driving technology. The company says that while this is initially only going to be available on Japanese-market cars, it will be launched on the Nissan Qashqai in 2017.

This ProPILOT tech has been developed for use in single-lane traffic and is the first to combine steering, acceleration and braking systems to make a car fully autonomous. The system uses a single camera up front, along with image processing technology that enables it to understand road signs, as well as recognising lane marking and vehicles in front.

Much like the already-available adaptive cruise control found in many other cars, the ProPILOT system (activated by a switch in the car) keeps a set distance from the car in front at speeds of 30-100kph (19-62mph). It also keeps the car in the middle of your chosen lane and can navigate curves.

Should the vehicle in front come to a halt, the system can also bring your car to a complete stop without you having to apply the brakes at all. Should traffic start moving again, the system will restart with either a light touch of the accelerator, or just by pressing the button again. It’ll be optimised for Japanese driving conditions, but will also be developed for core models in each of the company’s markets.

As well as making life easier for drivers, the ProPILOT technology is also about improving safety, with Nissan intent that its cars will eventually cause zero fatalities.

For Europe and the UK, this technology will appear on the Qashqai in 2017, with China and the US likely to follow shortly afterwards. There are already plans for the release of an improved system that’ll allow the car to change lanes by itself, too.