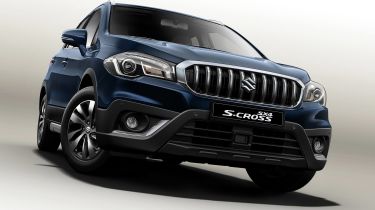 The Suzuki SX4 S-Cross has always been something of an alternative choice for crossover buyers, but it’s by no means an unjustifiable one: it’s well priced, well equipped and pretty decent to drive. A raft of forthcoming improvements look set to freshen up the SX4 S-Cross, adding further charm to a great-value car.

Due to be unveiled at next month’s Paris Motor Show, the improvements include a noticeably different front end, with new, more angular headlights accompanied by a revised radiator grille and some extra chrome detailing. Suzuki also claims the SX4 S-Cross will have a “further refined interior” and recently leaked photographs appear to show a new dashboard design and bright console colours – likely to be a personalisation option. 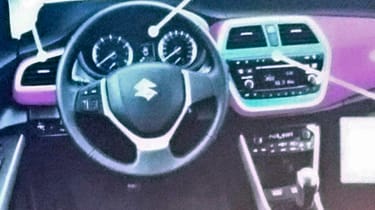 The most significant developments are to be found under the bonnet, though. The SX4 S-Cross’ 1.6-litre diesel engine has always been the one to go for, as the current 1.6-litre petrol is slightly underwhelming both in terms of performance and economy. When the facelifted car is launched in October this year, that engine will be replaced by 1.0 and 1.4-litre turbocharged ‘Boosterjet’ engines, which are significantly more modern and economical.

When fitted in the Suzuki Baleno, the 1.0-litre Boosterjet engine returns 62mpg and emits 105g/km of CO2, meaning it costs just £20 a year in road tax. The SX4 S-Cross’ higher profile and greater weight mean it probably won’t be able to match these figures, but expect a significant improvement on the outgoing 1.6-litre engine’s 51.4mpg average and £110 road-tax bill.

While the SX4 S-Cross is priced to compete with the capable Peugeot 2008 and stylish Renault Captur crossovers, it’s actually about the same size as the Nissan Qashqai, a car that costs around £4,000 more than the Suzuki. If you can get over the SX4 S-Cross’ protracted name and slightly shaky residual values, it’s easy to recommend.

Those thinking of buying an SX4 S-Cross in the near future now have two choices: either hold off until the updated model arrives, or get ready to negotiate a serious discount on the current car.