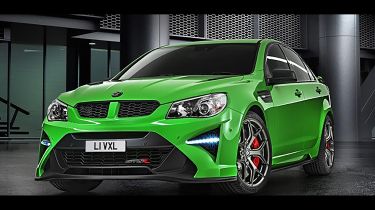 The Vauxhall VXR8 muscle car ends production this year and a final GTS-R model means it’s certainly not bowing out quietly. You’ll have to act quickly if you want one – only 15 are coming to the UK.

Earning the title of ‘most powerful Vauxhall ever’, the GTS-R gets a tuned version of the 6.2-litre, supercharged V8 engine used by the current VXR8 GTS. Power is boosted to 587bhp and the brakes have been suitably upgraded to cope – bigger discs and more powerful calipers are fitted. That prodigious power is channelled to the road via special 20-inch alloy wheels.

The GTS-R is the final version of Vauxhall’s musclebound saloon, which is built in Elizabeth, South Australia, as the Holden Commodore. After rolling off the production line, each car is s converted to VXR8 specification by the company’s performance partner, Holden Special Vehicles, before boarding a ship bound for the UK.

It has already been announced that the rear-wheel-drive Holden Commodore will be discontinued this year and its replacement will be closely related to the Vauxhall Insignia Grand Sport, revealed earlier this year. While a HSV-modified version shouldn’t be ruled out, it’s likely to have a very different appeal to the brutal V8-powered VXR8.

The GTS-R is set apart from the ‘normal’ GTS model by a new front-end design, including a new grille, splitter and carbon-fibre upper spoiler and vents, while four diamond-shaped exhaust tips distinguish the rear end. Diamond-stitched leather and Alcantara suede appear on the seats – the latter also gracing the steering wheel and gearknob.

Different computer programming and an upgraded air filter have eked the extra 19bhp from the VXR8’s 6.2-litre supercharged V8 engine, which is closely related to the engine of the legendary Chevrolet Corvette sports car. 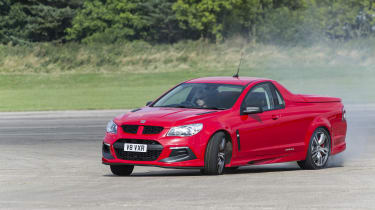 The Vauxhall VXR8 has earned a strong following in the UK, but it’s not only Australia and the UK that enjoy the fruits of HSV’s labour. North American buyers have also shown their enthusiasm for the VXR8’s simple, traditional recipe of rear-wheel drive and a big, powerful engine.

Until the end of 2017, Chevrolet dealers in North America will be supplying a left-hand-drive version of the car, badged simply as the SS. It harks back to muscle cars of the sixties like the Chevrolet Chevelle SS 396 – everyday saloons fitted with fire-breathing V8 engines. They were simple, cheap and above all very fast on a dragstrip, where many examples were enjoyed.

The Vauxhall VXR8 Maloo pickup – based on the same platform as the Holden Commodore – looks likely to end production alongside its saloon counterpart. Until it’s replaced, the Maloo will go down in history as the most powerful pickup officially sold in the UK – with 544bhp, it’s capable of 0-62mph in just 4.6 seconds when a manual gearbox is fitted. However, no plans have been released for a direct replacement for the Holden Ute, on which the Maloo is based. 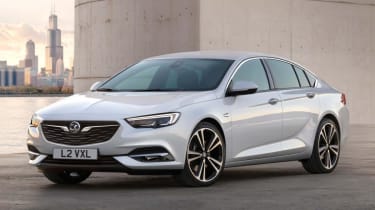 HSV is only too aware of the enthusiastic following its V8-powered cars have earned in Australia and beyond. It’ll continue providing performance versions of Holden cars, but once it can no longer use the existing rear-wheel-drive platform, any follow-up to the VXR8 will inevitably be a very different car to today’s much-loved model.

The VXR8 GTS-R will be launched at this year’s Goodwood Festival of Speed, with just 15 examples coming to the UK. The price? £74,500.