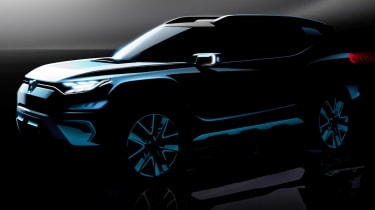 The SsangYong XAVL concept is still some way off showrooms, but it gives us the clearest look yet at the Skoda Kodiaq rival in the making.

Standing for ‘eXciting Authentic Vehicle Long’, the XAVL concept will boast seven independent seats in a ‘two-three-two’ layout, accommodated by a wide cabin. This is sure to appeal to the growing number of customers who see the benefits of cars with seven seats. Even for smaller families, being able to transport a few friends is a desirable feature.

While the seven-seater market was once ruled by MPV people carriers like the Citroen Grand C4 Picasso and Ford S-MAX, changing tastes have seen customers flock to SUVs. In response, manufacturers have been quick to develop seven-seat SUVs. While initially, models like the Audi Q7 and Land Rover Discovery were large and expensive, smaller and more affordable SUVs with seven-seat capability have started to grace showrooms in the last few years. 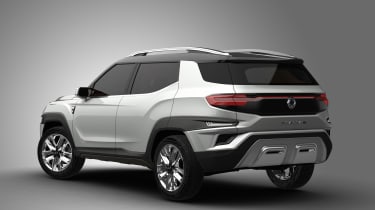 According to SsangYong, the XAVL combines the versatility of an MPV with the styling of a mid-sized SUV. This is accomplished with second and third rows that can slide to adjust space or fold to increase load-carrying ability. Measuring 4,630mm in overall length, the XAVL concept is slightly shorter than the 4,697mm Skoda Kodiaq.

Key to its strength will be affordability, in just the same vein as the SsangYong Tivoli, which gave customers the option to buy a new SUV for less than £13,000. The XAVL should prove seven-seat SUVs don’t have to be exclusive or cost over £40,000.

It’ll also have a radically different interior to SsangYongs we’ve seen so far, with a 10.25-inch LCD infotainment display sat above the centre console. Not only that, but the sat-nav, climate control and media player can be controlled via smartphone, presumably from any seat in the car. Meanwhile, ‘Link to Home’ technology makes the XAVL one of a number of concept vehicles at the 2017 Geneva Motor Show connected to the ‘IoT’ (Internet of Things), which will allow you to control appliances like your heating, CCTV and home alarm while on the road. 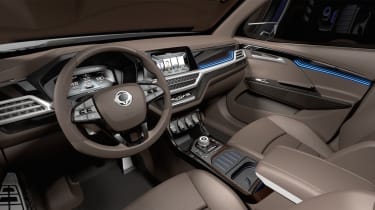 Safety features will include innovations for SsangYong, including an external pedestrian airbag and a central airbag between the driver and front-seat passenger. Driving aids will be comprehensive. too, including autonomous emergency braking, blind-spot monitoring, lane-keeping assistance, auto-dipping headlights and rear cross-traffic alert.

While economy figures aren’t yet confirmed, SsangYong has announced the XAVL will come with a 1.5-litre petrol or 1.6-litre diesel engine, matched with either a six-speed manual or automatic gearbox. Interestingly, only a two-wheel-drive version is planned, unlike most other SsangYong SUVs.