The Skoda Kodiaq is the Czech maker’s largest SUV. It's available with up to seven seats and competes with the likes of the Peugeot 5008, Citroen C5 Aircross, Hyundai Santa Fe, Kia Sorento, Land Rover Discovery Sport and Volkswagen Tiguan Allspace. It shares a lot of parts with the Tiguan and the SEAT Tarraco.

While the Kia Sorento (a previous Carbuyer Car of the Year, no less) and Peugeot 5008 run it close, the Kodiaq has a price advantage where the competition is concerned, particularly given its seven-seat status. True, you’ll need to spec the extra seats on entry-level SE Drive trim (they're standard on all other trims), but even with this upgrade taken into account, the Kodiaq remains a hugely practical family SUV you can have on your driveway from around £30,000.

A midlife facelift in 2021 gave the Kodiaq a very subtle set of design upgrades, mostly to align it with the smaller Skoda Karoq, Skoda Kamiq and all-electric Skoda Enyaq iV in the brand's SUV lineup. There are new headlights and a different grille, while the rear also has new tail-lights, a revised bumper and rear spoiler.

It’s more than just a value proposition, though. The Kodiaq is actually rather involving to drive, for instance, with accurate steering, a decent gearbox and well judged suspension. For keen drivers, it’s a sharper choice than the Peugeot 5008 or Hyundai Santa Fe. We'd avoid the Sportline version, though, as its huge 20-inch wheels spoil the ride. Whichever one you go for you get a loftier driving position than many SUVs, which has you sitting in a pleasingly upright manner and with a good view out. 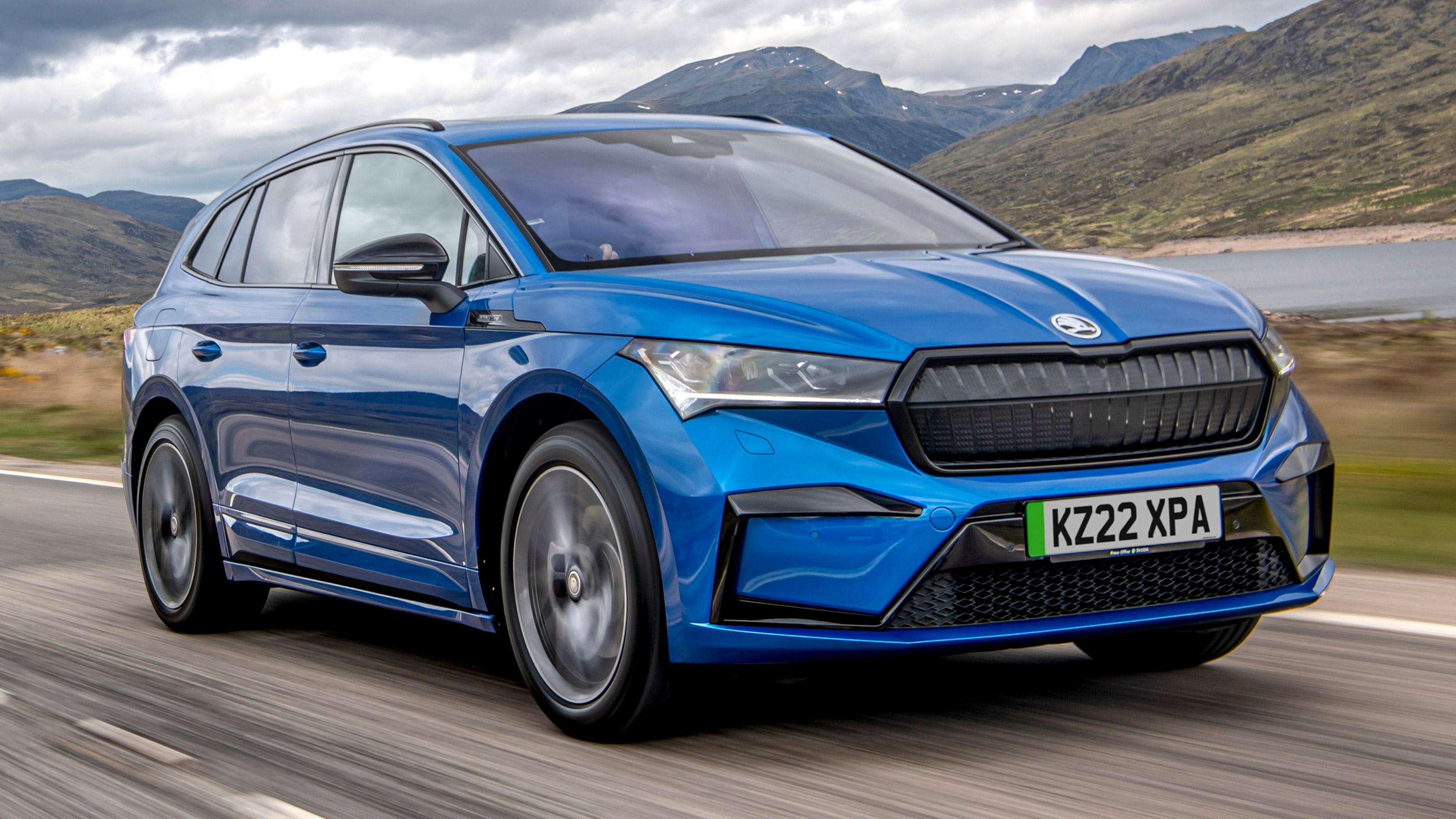 Build quality is generally strong and although there are one or two rougher edges in places, the overall impression is of a well engineered car. Interior space in the first two rows of seats is excellent, and while the rearmost seats are best reserved for children or adults on short trips, they’re an excellent addition nonetheless. Add a vast boot (with the rearmost seats dropped) and the Kodiaq’s family-friendly credentials are clear to see.

Except for the entry-level 1.5-litre petrol, all of the Kodiaq’s engines are 2.0 litres in size. The 187bhp petrol, which is probably thirstier and more expensive than is strictly necessary, is best avoided.

We’d recommend the 148bhp 2.0-litre TDI diesel, whether you cover a higher mileage or plan to load the car up regularly, thanks to its official economy of up to 52.3mpg. Topping the standard range is a 197bhp 2.0-litre diesel, although as with the most powerful petrol engine, this is rather expensive to buy. A flagship Skoda Kodiaq vRS model was available with an even more powerful diesel engine, but for its 2021 facelift this was replaced with a 2.0-litre TSI petrol engine.

Four-wheel drive is optional on the 148bhp model, and standard with the more powerful engines. A seven-speed dual-clutch automatic gearbox is fitted to most cars, although a six-speed manual gearbox is available with the 1.5-litre petrol.

There are four standard trim levels at the time of writing, kicking off with SE Drive, which replaces the SE trim and offers some extra kit. This has 18-inch alloy wheels, an eight-inch infotainment touchscreen, Apple CarPlay and Android Auto, LED running lights, rear parking sensors, a rear armrest and cruise control. New features include a different alloy wheel design, folding door mirrors and a rear-view camera. It’s also available with seven seats – albeit as a £1,000 option.

The Sportline model gets a racier styling pack and some motorsport-inspired interior touches. It sits below the flagship L&K trim, which gets a panoramic sunroof, chrome grille, front parking sensors, ambient lighting, a heated windscreen, interior upgrades and Canton stereo. They feature some desirable upgrades, but also make the Kodiaq uncomfortably expensive, so we’d recommend sticking with the SE L Executive and some well-chosen options instead.

After crash-testing by independent organisation Euro NCAP, the Kodiaq received a five-star rating thanks to the impressive protection it offers adult and child occupants, with extra credit awarded for a standard automatic emergency braking system. This reinforces the big Skoda’s position as a top-value, family-friendly SUV. The Kodiaq has certainly impressed in our latest Driver Power owner satisfaction survey, finishing sixth place out of 75 cars ranked. The Skoda brand came in an equally reassuring fifth place.

We detail the 10 most reliable cars on sale today, so read on to find out which models you can depend on most
Top 10 best economical 4x4s, SUVs and crossovers 2022
Best cars

SUVs and 4x4s don't have to be gas guzzlers. We've picked out some of the most economical SUVs you can buy
Top 10 best 7-seater cars 2022
Best cars

The best 7-seater cars carry around large families in comfort, and they needn't break the bank despite their load capacity. We have picked out the bes…
Top 10 best cars for cyclists and bikes 2022
Best cars

Cycling is a popular hobby but you'll probably need a suitable vehicle for transporting your equipment. Here are 10 of the best cars for cyclists and …
Skoda Kodiaq vRS SUV review
Skoda Kodiaq vRS

"The Kodiaq vRS is fast, but struggles to justify its price and sporty badge"
Skoda Kamiq and Kodiaq SUVs gain new trim levels for 2022
Skoda

Both seven-seat SUVs are worth your money but which one should you buy?
Best used cars: our 2022 Best Used Car Award winners
Awards

Seven-seat cars tend to be expensive, but you can save a lot of money by scouring the second-hand market. We've picked out the best used 7-seat cars t…
Top 10 best car interiors 2022
Best cars

You don't have to buy a luxury car to enjoy a great interior. We've listed our top cars to spend time in, regardless of budget.
Updated Skoda Kodiaq starts from £27,650
Skoda Kodiaq