Despite receiving poor press in recent years, thousands of UK drivers still choose diesel. It’s not hard to see why, as the best diesel cars are capable of better fuel economy than an equivalent petrol model, even if the cost of fuel, VED (road tax) and company-car tax rates makes diesel ownership more expensive these days.

But with the ‘dieselgate’ emissions scandal affecting consumer confidence in the once rock solid reputation of badges such as the VW Group’s TDI, and the publicity surrounding the toxicity of diesel emissions, the image of diesel cars has taken a pummelling in recent years. 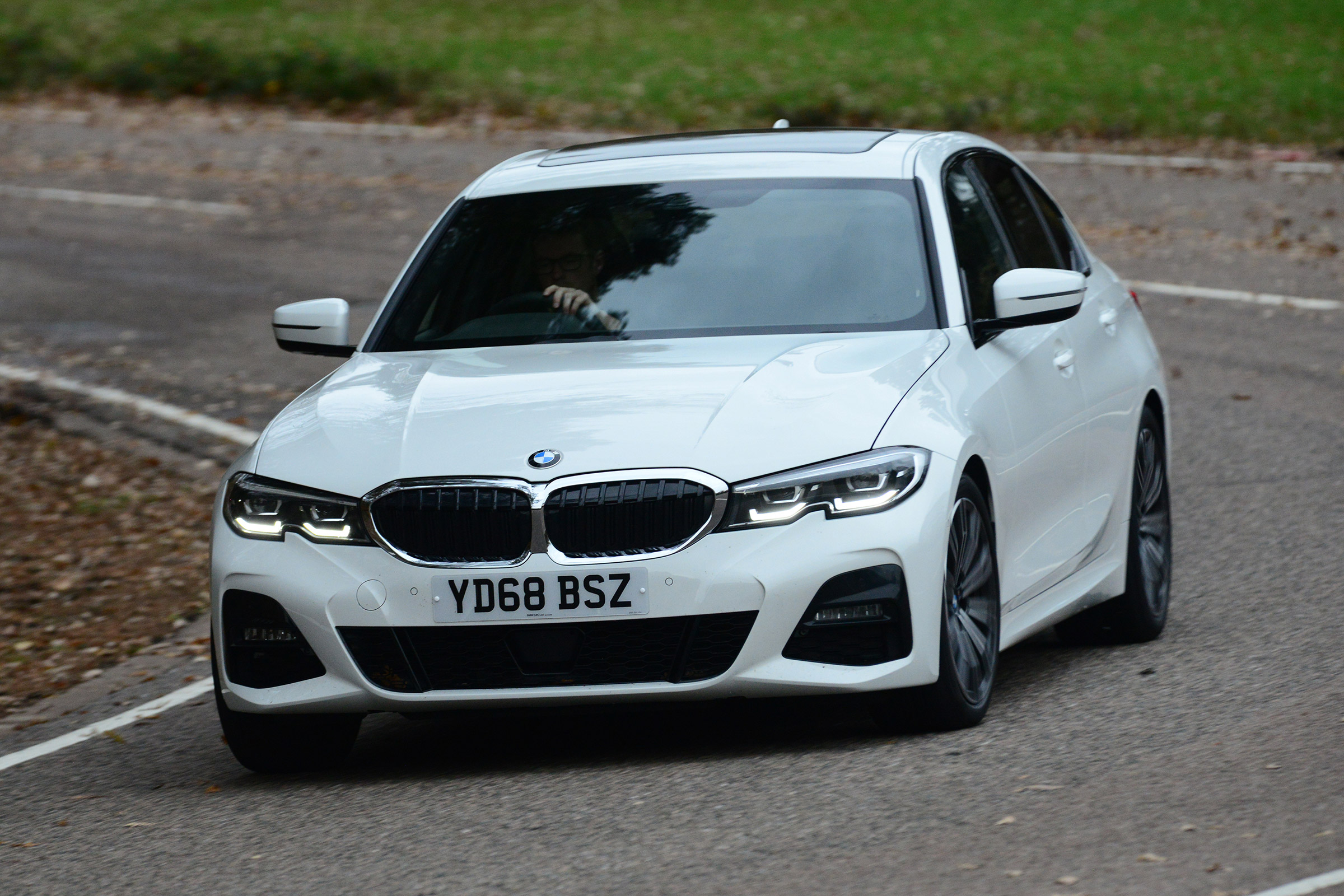 However, if you’re a driver who covers more than 12,000-15,000 miles a year, then a diesel car could well be the best option. Many diesels can comfortably return more than 50mpg under the stricter WLTP testing, and emit less CO2 than petrol equivalents. High-mileage drivers will see savings at the pumps with a diesel car compared with a petrol.

The choice between petrol and diesel isn’t that clear-cut, though, and whether diesel is the right choice for you also depends on other factors. Concerns over local air pollution mean diesels may not be the best choice if you spend all your time in urban, stop-start traffic. But if you live in small towns or villages, or spend much of your time covering large distances outside of the city, they still have a vital role to play for drivers.

The way diesel engines produce power means they’re often better suited to larger cars, not least because at a motorway cruise, they quickly fall into a relaxing, smooth gait. That’s not to say they’re unexciting to drive, though. Acceleration from 0-62mph isn’t always their strongest suit, but once you’re accelerating through the gears, particularly through corners or when overtaking, performance can be exceptional. Diesel is still the default engine choice for many large SUVs and heavy cars because it’s better suited to pulling heavy loads.

Increasingly, smaller cars are moving away from diesel engines because modern turbo petrols are perfectly economical enough for most buyers. In the last couple of years, the Ford Fiesta, SEAT Ibiza and Honda Civic have all dropped their diesel engines, and we’d expect more to follow suit.

If you’re after a car with lower emissions, be sure to check out our guides to the best hybrid cars, best plug-in hybrid cars and best electric cars currently on sale. Sometimes they will suit your needs better than a diesel. Make sure you read our guide to AdBlue, too, as all new diesel cars need it.

The latest BMW 3 Series follows directly on from the previous model; it’s brilliant to drive, has a high quality interior and, as long as you avoid M Sport models, is impressively comfortable, too. This company-car favourite gets a choice of three diesel engines, with the 187bhp 2.0-litre four-cylinder 320d the most popular. There’s plenty of power spread evenly across the rev range, while internal tweaks to the engine, as well as some aerodynamic ones to the bodywork, mean it’s surprisingly cheap to run thanks to economy of over 55mpg.

Both the 318d and 320d can achieve 60mpg and fall into lower Benefit-in-Kind brackets than the petrols. Even the powerful 330d will return almost 50mpg, despite being able to hit 0-62mph in just 5.5 seconds, and above that is an M340d model that knocks a further second off the 0-62mph time. If you want more practicality, the BMW 3 Series Touring estate is only fractionally less economical with useful additional load space.

UK buyers usually go for a diesel based on its fuel economy, so the latest Volkswagen Golf will appeal. A clever new 2.0-litre engine replaces the old 1.6, and is capable of returning more than 62mpg, so fuel station visits will be pretty infrequent. This engine is aimed at business buyers and we’d recommend the punchier 148bhp diesel for private customers as it still achieves over 60mpg.

It might look familiar from the outside but inside the new Golf is all change, as VW has decided to use big screens and touch panels instead of buttons. There’s plenty of space for at least four adults and a decent boot.

With the latest Focus, Ford started with a clean-sheet approach and an all-new platform to make it one of the best family hatchbacks to drive, as well as one of the best to look at. Our pick of the range would be the sporty ST-Line trim, which boasts strong ‘warm-hatch’ credentials with the 2.0-litre EcoBlue diesel engine, and is capable of 57mpg and a zippy 0-62mph time of 8.5 seconds.

When mated to the slick six-speed manual gearbox, this Focus model is one of the best to drive in its class and also has a reasonable CO2 rating of 125g/km, giving it a similar Benefit-in-Kind (BiK) cost to company car drivers as its rivals.

A mainstay of the executive saloon class for many years, the BMW 5 Series remains the go-to choice for those who want a big, comfortable family car. It is hugely impressive and fun to drive, showcasing BMW’s class-leading technology and build quality.

The entry-level 520d is one of the cheapest models and is all most customers will need, with a turbocharged 187bhp 2.0-litre engine. It’ll cover 0-62mph in a swift 7.2 seconds, while returning a fuel economy figure close to 60mpg. Add to this the excellent eight-speed automatic gearbox, and the 5 Series should be the ultimate ‘do it all’ saloon car.

It might only be 2.0 litres in size, but the diesel engine in the B4-badged XC60 packs a decent punch with 195bhp. Acceleration from 0-62mph takes 7.8 seconds and the overall fuel economy of 44.1mpg is pretty good for a large SUV too.

The best version for keen drivers is the R-Design trim, which has adjustable suspension with different settings to either sharpen up the handling or soften it for a more relaxed ride. The XC60’s smart exterior and upmarket interior are very appealing too.

In previous generations, we’ve always had to say that the diesel Skoda Octavia vRS trades performance for economy but the new model offers a better blend of both. It may only be available with an automatic gearbox, but choose four-wheel drive and the diesel vRS is just as quick as the petrol version, with 0-62mph taking 7.4 seconds.

It’ll manage over 51mpg when driven carefully, while the front-wheel-drive version is even more economical with around 56mpg possible - and it’s priced to match a petrol auto model, which returns around 40mpg. Available as a hatchback or an estate, the latest Skoda Octavia vRS shows diesel performance cars are still worth considering for a little while longer.

Many car manufacturers are replacing diesel engines with hybrid options, but Mercedes has decided to create a diesel plug-in hybrid engine. Built for those who do lots of miles, the Mercedes E 300 de gives the ability to glide around town on electric power and still get decent fuel economy on a long motorway run.

A near-silent electric motor suits the plush E-Class, which doesn’t chase the 5 Series for sportiness and instead focuses on comfort and refinement. The E 300 de is able to quickly pick up speed though, hitting 0-62mph in under six seconds. Passenger space is plentiful but you won’t be able to carry many bulky items in the boot because there’s a sizeable shelf right in the centre of the load space.

It may be Mercedes’ most affordable model but the A-Class offers an interior that’s very similar to the company’s S-Class flagship. As a result, the A-Class is a fantastic place for long journeys, and you won’t be using much fuel while doing so either. The A 180 d is the most efficient, returning 58.9mpg and 127g/km of CO2, but its 0-62mph time isn’t quick enough to live up to the car’s badge.

The punchy A 200 d model delivers 57.7mpg and an eight-second 0-62mph time. Only the A 180 d is available with a choice of manual or automatic gearboxes; the other diesels are auto-only.

The Vauxhall Astra is a great family hatchback, even in the face of stern competition from the Ford Focus, Volkswagen Golf and Honda Civic. Its 1.5-litre diesel is available in either 104bhp or 120bhp guises, and the latter provides useful extra power yet still returns up to 62mpg - just a whisker off the 65mpg of the lesser model. CO2 emissions of 113 to 118g/km should also make the diesel Astra popular among company-car drivers thanks to its impressive BiK rating.

On the road, the Astra feels responsive and grown-up, with enough performance to make overtaking feel safe and secure, while it has no trouble powering up hills or accelerating back up to speed on the motorway. The latest Astra is much lighter than before, making it perform and handle with less fuss.

When talking about the very best SUVs, it's impossible not to mention the Land Rover Discovery. Our choice is the 246bhp four-cylinder D250 engine. Despite its considerable size, the D250 can sprint from 0-62mph in 7.6 seconds and returns fuel economy of around 33mpg.

This may not sound like great fuel consumption, but when you consider the size and weight of the car, it’s a small trade-off for the wealth of all-conquering ability on offer. Not only can it manage the worst terrain you can throw at it, but it’ll also tow up to 3.5 tonnes, and is a relaxing car to drive on long journeys.

New Peugeot 308 vs Ford Focus vs Volkswagen Golf: which should you buy?
Compare cars

New Peugeot 308 vs Ford Focus vs Volkswagen Golf: which should you buy?