The BMW 1 Series has been around for three generations but the current version is significantly different from the models that went before it. The styling changes are perhaps the most noticeable, but an important change has taken place underneath. Previous versions were all rear-wheel drive but now the car is front-wheel drive (and some versions have four-wheel drive).

The exterior looks reflect this, as it appears more like rival models such as the Volkswagen Golf and Mercedes A-Class. The previous versions were designed with handling in mind - enthusiasts often prefer rear-wheel-drive cars - but this new model is still good to drive. The move to front-wheel drive has benefits for interior space and efficiency.

The interior is as smart as you would expect of any BMW, with high-quality materials in key places. The seats are very comfortable and well-placed for a comfy driving position, plus there’s lots of tech available as well. You get an 8.8-inch iDrive infotainment touchscreen as standard with Apple CarPlay, plus there’s a digital instrument panel and 10.25-inch central touchscreen display on some models.

There’s more shoulder room and legroom in the back than before, plus since all models have five doors - there’s no two-door model this time - access is a lot better now. Unfortunately it’s not all good news; headroom is still an issue in the back, as adults over six feet will feel a bit cramped there. There’s a decent 380 litres of boot space, which is exactly the same as in the Volkswagen Golf.

The BMW’s move to front-wheel drive might be disappointing for some drivers but the BMW is still one of the best cars in its class to drive. The handling is fun and engaging, plus the engine range is excellent - there’s no bad choice - and you can choose from an eight-speed automatic or a six-speed manual gearbox.

The addition of the sporty 128ti and M135i models expanded the range further still, making BMW’s smallest model a genuine rival to the likes of the Volkswagen Golf GTI and Mercedes-AMG A 35. Across the range, the 1 Series is a car that's as refined and comfortable as it is composed on faster twisting roads, feeling a lot like the BMW 3 Series from behind the wheel.

What about buying a used or nearly new BMW 1 Series?

The BMW 1 Series is a really popular car and there will be plenty for sale used and nearly new – you can check our sister site Buyacar for the latest prices. The latest 1 Series holds its value pretty well (around 55 per cent of its value after three years or 36,000 miles), so while it’s not a huge bargain second-hand, you might not lose as much money when you come to sell it on when compared to a similar family hatch from another brand.

The BMW 1 Series was first launched in 2004. This model was quite different from previous BMW models but retained the traditional rear-wheel-drive layout, so it was a unique car in its class because rivals such as the VW Golf were all front-wheel drive.

The first-generation 1 Series was available in two-door coupe, five-door hatch and convertible forms, but when the Mk2 model arrived in 2011, the coupe and convertible versions were renamed as the 2 Series and there were now only three-door and five-door hatchback models. The styling wasn’t a huge change over the previous model’s, but modern tech and engines kept it up to date. 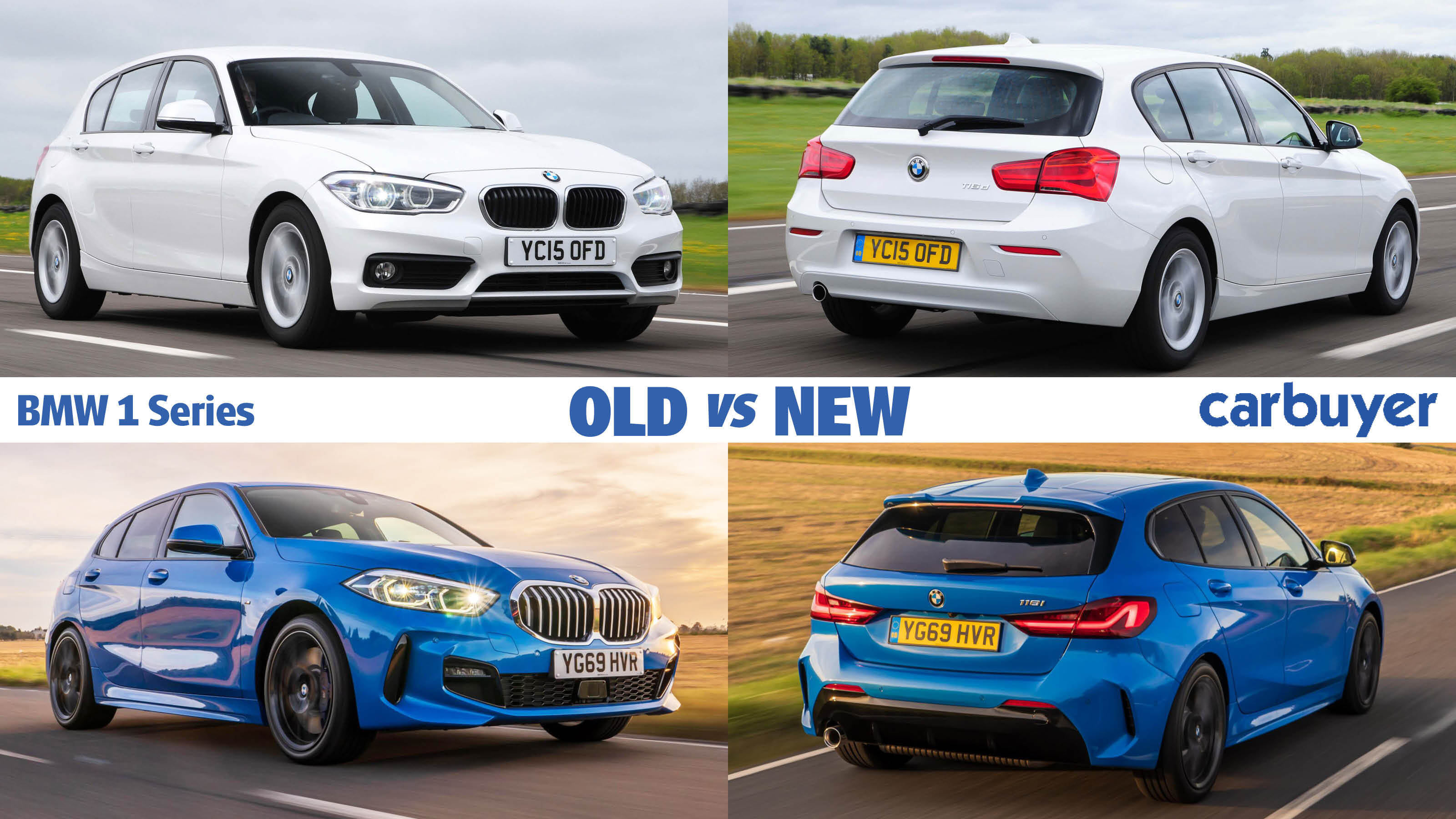 The third-generation car came out in 2019 and it changed to front-wheel drive. The 1 Series had lost its unique selling point, and was now only a five-door hatch, but it remains one of the best cars in its class to drive.

The second-generation BMW 1 Series is still a fantastic choice and since it’s rear-wheel drive, it feels rather different from the current model to drive. It’s a lot of fun and there are loads of engines, from the ultra-frugal 116d to the powerful and fast M140i. The Mk2 model was a sales hit and so there are loads for sale, so there’s bound to be one in-budget.

The first-generation 1 Series spans from ropey and unloved low-spec diesels for about £1,000 to the ultra-rare and sought-after 1 Series M Coupe, which now costs more than some brand-new hot hatches. Most are somewhere in between and the best are well looked-after versions that offer fun handling and decent performance at an affordable price.

“The latest BMW M135i is undoubtedly fast, and a recent update has added some of the old car’s character”
The UK's top 10 fastest hot hatchbacks 2022
Hot hatches

While hatchbacks might normally be used for trips to the shops, the hot hatch power war has resulted in the fastest models being quicker than most spo…
Used BMW 1 Series review: 2011 to 2019 (Mk2)
BMW 1 Series hatchback

"The BMW 1 Series is great to drive, efficient and has a high-quality interior, but it’s not the most practical family hatch"
BMW 1 Series M Sport review
BMW 1 Series

The best luxury small cars are affordable and yet offer the kind of quality, comfort and equipment that used to only be found on large executive cars.
BMW 1 Series: old vs new
BMW 1 Series

The Audi A3, VW Golf, BMW 1 Series, Mercedes A-Class and Ford Focus all have plenty to offer, but each provides a unique take on the class
“Ignore the official figures and change how you drive for better fuel economy”
BMW 1 Series hatchback

The new BMW 1 Series switches to front-wheel drive for the first time and is priced from £24,430
2019 BMW 1 Series pre-production review
BMW 1 Series

We get behind the wheel of the new, front-wheel-drive BMW 1 Series ahead of its full release
BMW M135i xDrive prototype review
BMW 1 Series

Big changes under the surface as new BMW 1 Series prepares to take on Mercedes A-Class
BMW recalls 300,000 cars in the UK over stalling issue
BMW 1 Series

BMW has announced raft of upgrades across its range, including new M140i and 7 Series plug-in
Watchdog: Insurer and BMW go head-to-head over fault
BMW 1 Series hatchback

"The BMW 1 Series Sport is aimed at keen drivers. It has a larger engine range than the SE and looks the part too."
Load More