Practicality is the main reason BMW has ditched rear-wheel drive for its family hatchback. Instead, the engine is now transversely mounted - allowing for a shorter bonnet - and with no necessity to send power to the back wheels, the transmission tunnel running the length of the car can be much smaller.

The result is a car that's very similar in size to before, but with more room for passengers and a bigger boot - thanks to the layout pioneered for the original Mini by Sir Alec Issigonis. 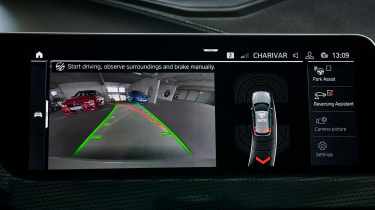 Thanks mainly to a 34mm increase in width, front passengers might notice a little more space, but it's in the back where the biggest gains have been won. Rear legroom - a real 1 Series weak point - is now noticeably better, and there's more elbowroom for those in the back too. But, there's still one issue carried over from the outgoing model and that's rear headroom. Despite gains just about everywhere else, anyone over six feet tall will still struggle to get comfortable for longer trips. 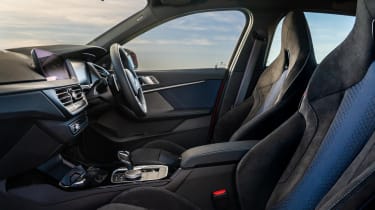 With less mechanical hardware at the back of the 1 Series, its boot has shot up in size by 20 litres to 380 litres. This exactly matches the Volkswagen Golf and beats the Mercedes A-Class by 10 litres. Fold the rear seats down and this increases to 1,200 litres, and it's up to 67mm wider than it was before. For the first time in a 1 Series, a powered tailgate will also be offered to make loading shopping and heavy luggage more convenient.