We explain all there is to know about torque, the force that gets your car moving 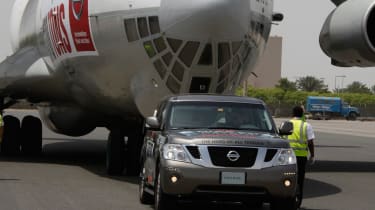 Many of us know what torque is but would struggle to explaining it without resorting to complex physics jargon. Formulating a simple explanation of torque has troubled physicists, engineers and humble motoring journalists alike for generations. However, we think you’ll find the following guide helpful in understanding what torque is.

Torque can be given in different measurements. Under the metric system, torque is given in Newton meters (Nm), which is the default for engineers, physicists and car manufacturers in Europe. The imperial measurement of torque is pounds-feet (lb/ft) and it has been traditionally favoured in Britain until recently.

What does that torque figure mean?

You’d imagine that a car with more torque would generally be faster than a car with less – and in general, you’d be right. By now, you may have read our article stipulating precisely what horsepower is. If you haven’t, you can find it here.

That article states power – measured in brake horsepower – is “the rate at which work is done”. Essentially, an engine with lots of power produces torque very quickly. They’re not one and the same, however. Diesel engines, for instance, often produce more torque than power, while a non-turbocharged petrol engine will often do the opposite. Turbocharging and supercharging are common ways of extracting more power and torque from an engine.

However, like power, maximum torque is not produced across the whole rev range (except with electric motors). Instead, maximum torque – or pulling power – is produced across a certain band of revs. For maximum performance right across the rev range, you want maximum torque to be produced low down in the range and then have power take over the further up the rev range you go. This provides good acceleration from low to mid revs: the more torque you have low down, the quicker you’ll accelerate. Electric motors produce all their torque at 0rpm, which is why the Tesla Model S accelerates so quickly.

Cars with more torque will also be better at towing heavy items – so if you’ve got a large caravan or regularly tow a heavy horsebox or trailer, it’s a good idea to go for a car with plenty of torque. A big, six-cylinder diesel SUV is generally a good choice.

Hopefully, this guide has gone some way to clearing the murky fog that surrounds the concept of torque. To find out more about horsepower, read our article here.