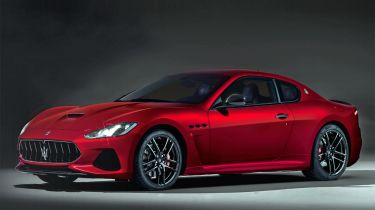 The Maserati GranTurismo four-seater sports coupe has been reimagined for 2018, with a subtly altered exterior design and new technology inside to keep passengers entertained and connected.

Maserati has also taken the opportunity to whittle down the model range, getting rid of the entry-level 4.2-litre version in favour of the faster and more expensive 4.7-litre Sport and MC models. 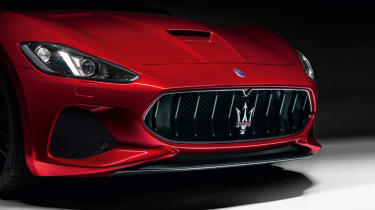 Designed at the Maserati Design Centre in Turin, the ‘sharknose’ hexagonal grille is based on the Alfieri Concept that was first shown at the 2014 Geneva Motor Show, and is said to add a “three-dimensional effect”. The lower grilles now hug the ground even more closely and there’s a large front spoiler, which together help the GranTurismo cut through the air more cleanly. The rear bumper has also been changed for a “neater design”. 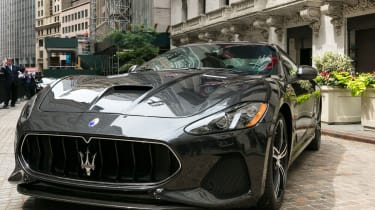 The engine is a naturally aspirated V8, hand-built at the Ferrari factory, with 454bhp produced at 7,000rpm. Power is sent through a standard six-speed automatic gearbox with steering-wheel shift paddles and acceleration from 0-62mph takes 4.8 seconds, while a 186mph top speed is possible. The lighter MC version is slightly faster still, taking a tenth off the 0-62mph time and hitting 187mph.

A new 8.4-inch infotainment system is the biggest change inside, bringing Apple CarPlay and Android Auto smartphone compatibility along with a Harman Kardon stereo. The centre console has also been equipped with a new rotary controller and driving mode buttons, calling for a slight redesign. Leather upholstery is fitted as standard, but Alcantara is available as an option.