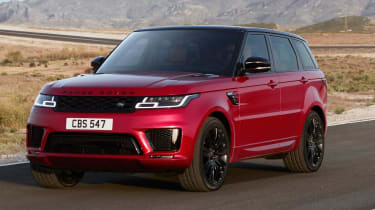 Some mid-life facelifts are more significant than others, and the Range Rover Sport is getting a comprehensive round of updates for 2018.

There are several significant changes heralded by the new Range Rover Sport, but the biggest news is it’ll be offered as a plug-in hybrid. The P400e hybrid can go up to 31 miles on battery power alone, officially returns 101mpg and should hold significant appeal for company car customers do to its low tax liability.

At the other end of the economy scale is the new Range Rover Sport SVR, which features the same 5.0-litre supercharged V8 petrol engine as before but now producing 567bhp – a 25bhp increase.

The 2018 Sport’s interior now features the twin-touchscreen setup that debuted in the recently released Range Rover Velar. The Sport also gets a nip and tuck on the outside, with a new radiator grille, fresh LED matrix headlights and redesigned bumpers.

Before now, all Range Rover Sports – even the diesel-electric hybrid model – have sat in the top 34% company car bracket, making them expensive options for business users. 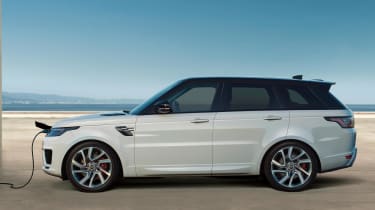 And while economy for the Range Rover Sport is officially pegged at 101mpg, this hasn’t come at the expense of performance: with 398bhp on tap, it takes just 6.3 seconds to go from 0-60mph and has a 137mph top speed.

The Sport plug-in hybrid will offer the usual complement of driving modes associated with PHEVs, running in ‘Parallel Hybrid’ mode by default, meaning the petrol engine and electric motor automatically juggle drive between them, depending on power demands.

A ‘Save’ function will keep the battery topped up to a preset level, while ‘Predictive Energy Optimisation’ uses data from the sat nav’s GPS system to maximise economy over hills. EV (electric vehicle) mode, meanwhile, will see the Range Rover Sport PHEV run solely on battery power, for a maximum official range of 31 miles.

The Sport PHEV’s batteries can be charged in two hours and 45 minutes when attached to a home wall box, or seven-and-a-half hours from a conventional domestic plug. The P400e also reflects a new naming strategy for Jaguar Land Rover.

As is typically the case with a mid-life facelift, the 2018 Range Rover Sport features refreshed exterior looks to keep it looking modern.

At the front, these refreshed looks comprise new ‘matrix’ LED headlights, which are able to illuminate specific portions of the road with full-beam brightness, without dazzling other road users. The LED daytime running lights have also been changed, with sharper, more angular lines. 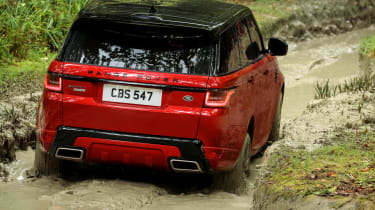 And if the hybrid isn’t for you, a new 296bhp 2.0-litre turbocharged petrol engine has joined the Range Rover Sport line-up.

If the 2018 Ranger Rover Sport looks subtly different from the outside, inside it’s all change. The big news is the twin-screen Touch Pro Duo infotainment system fitted to the Range Rover Velar has made its way into the Range Rover Sport, with the lower screen accommodating heating, air conditioning, off-road and driving mode settings, and the upper screen taking care of sat nav and entertainment – though there’s some functionality crossover between the two, depending on how you configure the system.

The Sport also gets the Velar’s steering wheel, together with its touch-sensitive buttons; and while the Sport keeps its stubby gear selector, making do without the rotary dial fitted to the latest Jaguar-Land Rover cars, this is one of the few aspects of the Sport’s interior that’s been left unchanged.

The Range Rover Sport SVR remains the supercar-SUV it’s always been, but this model also benefits from enhancements for 2018. Chief among these is a power increase for its 5.0-litre V8 supercharged petrol engine, which now produces 567bhp – up from 542bhp previously. 0-60mph now takes just 4.3 seconds, 0.2 seconds faster than the outgoing version. 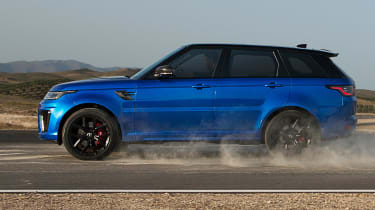