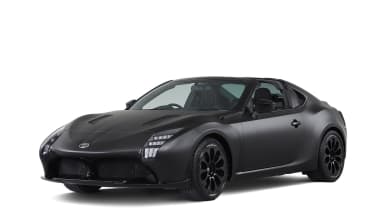 This is the Toyota GR HV Sports, a concept that has yet to be signed off, but which indicates its maker is serious about hybrid performance cars.

Toyota’s new Supra is expected to feature a hybrid setup and is nearing production-readiness, and the GR HV Sports indicates the company’s well established hybrid powertrain could make it into further models.

As it’s a concept car, the GR HV Sports features a cutting-edge hybrid setup, boasting the same THS-R (Toyota Hybrid System-Racing) powertrain found in the company’s TS050 Hybrid Le Mans prototype racer. Should the GR HV Sports make it into production, it’s likely this expensive configuration would be swapped for something more proven, with the 1.8-litre petrol-electric setup found in the hybrid C-HR SUV and Prius hatchback a likely contender. 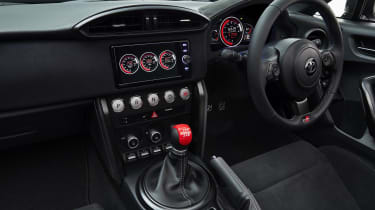 Toyota says the GR HV features LED headlights, a rear diffuser, aluminium wheels and a push-button starter on the gear selector – curiously specific details that indicate it may be some way down the path from concept to production reality.

With a rear-wheel-drive setup, it’s easy to draw parallels with with the Toyota GT86, a traditional sports coupe with a conventional 2.0-litre petrol engine. But if the GR HV is the hybrid GT86 it appears to be, its looks and its removable targa roof set it apart.

The GR HV also features an innovative gearbox: despite being an automatic, when manual mode is selected individual gears can be selected using a gearlever with a manual-mimicking ‘H’ shift pattern. Toyota says the GR HV Sports offers “the thrill of a sports car with the environmental friendliness of an eco-car”, while the hybrid powertrain’s batteries are located in the centre of the car for optimal weight distribution.