Parking permit bills of up to £1,200 depending on where you live 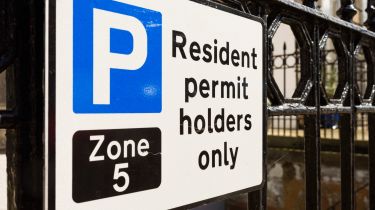 Drivers in the UK are being stung by parking permit bills of up to £1,200-plus, depending on where they live.

This is the conclusion of the latest Carbuyer investigation into the annual cost of parking in the UK.

Over 240 councils were contacted for the investigation, with local authorities asked how much they charged for an annual resident’s parking permit in their Controlled Parking Zones.

The audit also looked at what sort of administration fees are imposed, and whether councils apply a surcharge for diesel cars. Even a cursory look at the figures shows drivers are faced with a postcode lottery.

Commenting on our findings, a spokesperson from the Local Government Association told us: “Our communities vary considerably from place to place, and it is important that local councils are able to make decisions that best meet the needs of their area.”

Because many councils charge more for residents who own multiple cars, the prices below are for the first permit issued to a household. The prices quoted exclude of any diesel surcharges councils may make.

The City of London told us fees from the Barbican Estate are “reinvested, where possible into the estate.” Birmingham city council said its £750 annual charges are for the “inner zone of the city centre where parking spaces are at a premium”, adding they “represent a significant saving, compared to the cost of purchasing individual parking tickets each day.”

“Residents understand that permits are a necessary evil if they wish to deter people from parking on their street. However, these schemes should be affordable so that low income families, who are the most car dependant, can take part. Paying in excess of £65 a month in Birmingham is a ridiculously high price, certainly when other major cities charge less.”

A spokesperson for Merton council pointed out prices for its residents permits are “among the lowest in London”, adding: “we are seeing a reduction in diesel vehicles nationally and across London . We hope that our action will help continue this trend and help clean up the air in Merton and beyond.” The council also said that it would be looking at emissions-based charging in 2019, but that “we recognise that at present all diesel vehicles are highly polluting in terms of nitrous oxides and dioxides.”

“The AA has often said that applying a charge to a diesel vehicle for the time when it isn’t creating any pollution is absurd. Drivers bought diesel cars in good faith and under the advice of previous governments. To then penalise them for following that advice is unfair. We would prefer councils to lobby Government for a diesel scrappage scheme so we can get the older, gross polluting diesels off our roads.”

Many of the councils we spoke to with low annual permit charges told us the entire cost of their CPZs was comprised of administration charges, but some local authorities are charging a surprisingly high amount for residents who join a scheme, or change cars in the middle of the year.

Other councils take this principle a step further, charging drivers who apply for a refund on their permits – if they move house and no longer need their permit, for example.

Barking and Dagenham council, which charges up to £73.80 for an annual resident’s permit on top of any fees, told us its charges “cover not only the admin costs but provide a surplus that is then re-invested in improving our roads and pavements, on which we have spent over £9.5 million pounds since 2014. Solihull Council said its schemes are “installed at the request of residents”, and the one-off joining fee “covers the cost of implementing the scheme, (legal costs and administration etc), putting in and maintaining the signage and road markings.”

“In the modern world, most change of detail processes can be made online with little hassle and no cost. We understand that a replacement permit may need to be created, but if it costs £30 to have a piece of paper made then that authority should seek a new supplier. If councils do have to charge then it should be for costs only rather than for profit.”

With local councils free to set their own parking rules, some policy quirks are bound to arise.

Westminster council, for example, would seem to have an eye on the future, as it issues free residents’ permits to owners of solar-powered cars (as well as hybrids and EVs).

And while the City of London would make our top 10 table for the most expensive permits in the country thanks to its £360 annual charge, this wouldn’t really seem fair, there is only one resident in the council using that permits. This, the City of London told us, is due to a boundary change, and “if the resident does not renew this permit, there will be no permits on issue.”

Norwich and City of York councils charge more for longer cars and less for shorter ones, presumably to reflect the greater space larger cars take up in on-street bays. And if you live in Cherwell council’s boundaries, you won’t be able to get a parking permit if your car’s gross weight is over 2.25 tonnes, or if exceeds five metres in length, or two metres in width and height.

This means owners of the clean-running Tesla Model X can’t technically get a permit in Cherwell due to the car’s length and weight. In fact, anything heavier than a BMW 5 Series (gross weight relates to a car’s maximum safe mass when it’s fully laden) can’t technically get a permit in Cherwell. Cherwell told us, though, that while it strictly enforces its height limit as residents had complained about tall vehicles blocking street views, it takes a “flexible” approach to vehicle weights.

Daventry residents can get their first permit for a reasonable £19, but must pay £312 for if they have a second car they want to park in a CPZ.

Those living in areas of Sevenoaks with a CPZ pay more for a permit if they have off-street parking, with residents charged £35 if they have no off-street spaces, rising to £250 with those who have three. The scheme relies on residents’ honesty, but Sevenoaks says “spot checks can take place from time to time.”

Then there’s Torbay council, whose Teignmouth Road scheme is £190 a year for the first three years, but will fall to just £30 a year once the scheme’s implementation costs have been paid off.

“Westminster seem to have their eyes firmly fixed on the future by offering permits to solar-powered cars. If and when it arrives however, it will be those owners who have the last laugh as their parking permit will be free.

“Basing a charge based on the length of a car seems rather bizarre, but I suppose there is some form of logic to it. The bigger the car, the more room it takes on the road which could create less space for others. However, cars are generally larger now than they were five years ago, so we would rather see councils move with the times and adjust their fees accordingly.”

Councils charging based on CO2 emissions and/or engine size

While a few councils base their charges solely on engine size, over 10 per cent of those running CPZs (34) use cars’ carbon dioxide (CO2) emissions to calculate parking permits, running schemes that operate much like the previous road tax (VED) system.

Some councils take into account that cars registered before 1 March 2001 may not have CO2 ratings, and therefore run two parallel schemes: permits are CO2-based for newer cars, but engine-size dependent for older models – though when this principle is applied, the upper and lower price points typically remain the same.

For councils basing their fees on CO2 emissions there is a significant variation in thresholds. The lowest fees tend to be charged to owners of cars emitting 100g/km of CO2 or less, but councils’ most expensive permits can be applied to cars emitting as little as 76g/km of CO2, or as much as 325g/km.

While many of the emission levels detailed below implicitly include electric cars, some councils offer dedicated discounts for alternatively-fuelled vehicles, such as hybrids; these are detailed in the next section.

Quoted prices are prior to the application of any diesel surcharge. When councils manage a number of different zones with varying pricing, prices for the most expensive zone are used.

“In the fight to tackle air quality, it seems sensible to offer incentives such as discounted parking permits to vehicles that emit the lowest levels of pollution. What is rather unfortunate is the varied application of these discounts. As towns and cities across the country look to resolve the specific pollution issues in their area, policies should be created to encourage the uptake of the greenest and cleanest vehicles on the market.”