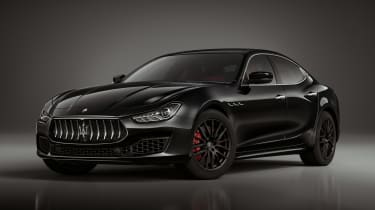 This is the Maserati Ghibli Ribelle, a limited-run version of the Italian manufacturer’s BMW 5 Series rival. The car goes on sale in October; exact prices are yet to be announced, but we expect the Ribelle to cost a few thousand pounds more than the standard car, whose base price is £52,895.

As with so many special editions, the Ribelle is focused purely on adding more visual appeal to the standard Maserati Ghibli. The car’s exterior is finished in a special ‘NeroRibelle’ mica paint, set off by 19-inch alloy wheels with red accents.

The interior gains two-tone red and black leather for the seats, dashboard, armrest and door cards, with added piano-black wooden trim. Each boasts a chromed aluminium badge on the centre console that denotes its number in the 200-strong production run. 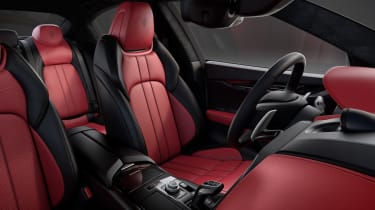 Mechanically, the Maserati Ghibli Ribelle is identical to the standard car, with the same choice of three engines. There’s a 271bhp 3.0-litre V6 diesel or a choice of two 3.0-litre V6 petrols, with either 345 or 424bhp.

Performance and economy aren't affected by the special-edition treatment: the diesel manages 0-62mph in 6.3 seconds while returning 37.6mpg on average, while the two petrol engines have 0-62mph times of 5.5 and 4.9 seconds respectively. 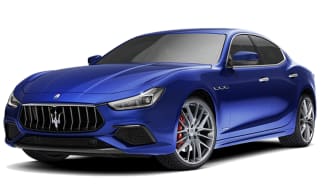