Mercedes-AMG’s Porsche 911 rival gets a light refresh for 2019, with a new high-performance GT R PRO added to the range 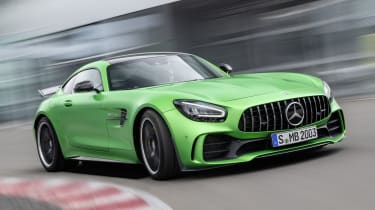 This is the new Mercedes-AMG GT, a facelifted version of the outgoing car that brings new exterior and interior touches, along with infotainment and drive mode updates.

Official pricing is yet to be announced, but we expect prices to start at just over £100,000 for the standard car, getting closer to £200,000 for the new hardcore GT R PRO model. The Mercedes-AMG GT is a direct rival for the recently revealed all-new Porsche 911.

There’s a 469bhp base model that’s joined by the 515bhp GT S, the 549bhp GT C and the track-focused, range-topping 577bhp Mercedes-AMG GT R. The GT R is now available with an additional ‘PRO’ package, which adds a range of racy styling cues inside and out, plus chassis enhancements. 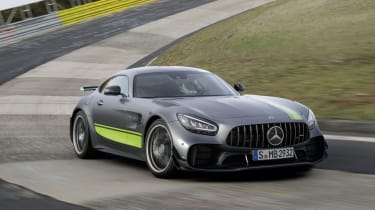 Outside, all new Mercedes-AMG GT variants feature new LED headlights, new alloy wheel designs and new paint options. Those keen to tell the new models apart can do so from the exhausts – the standard model gets dual-exit rounded tips, while the GT S and GT C both have squared-off quad-exit items much like those found on the Mercedes-AMG E 63. The Mercedes-AMG GT-R is the most extreme car in the range and still features its trademark rear diffuser with integrated exhausts. As before, there are both Coupe and Roadster versions of all but the GT R. 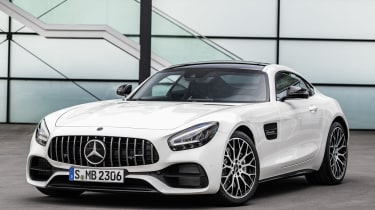 Inside, there’s a new infotainment system with a 12.3-inch screen, which is joined by a small screen on the steering wheel and eight more small, screen-like buttons on the centre console. There’s also a new ‘Track Pace’ system than can be added to provide data-logging and mapping for race tracks across the world, along with an updated version of Mercedes’ sophisticated PARKTRONIC parking sensor and camera system.

Each of the Mercedes-AMG GT’s engines remains unchanged and each still comes as standard with a seven-speed automatic gearbox. However, all of the new models get revised drive modes that being some of the benefits of the GT R’s variable traction control system to other models in the range, adding four different levels of assistance.