Starting at £30,550, first deliveries of the new Mercedes CLA will begin this summer 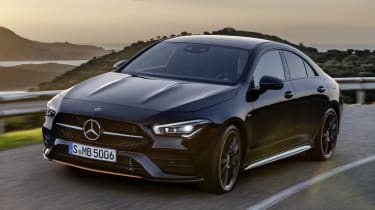 The new Mercedes CLA, the four-door coupe version of the A-Class saloon, is available to order now from £30,550. This price is for the entry-level CLA 180 AMG Line, with the CLA 220 in range-topping AMG Premium Plus coming in at £35,855.

The new CLA replaces the popular original, with all-new styling, plus the same up-to-date technology and engines as found in the A-Class hatch. The new car is longer and wider than before and with a longer wheelbase, allowing for better proportions, improved interior space and a wider track for better handling. Boot space is down by 10 litres on the previous model but is offered in a more practical shape than before. 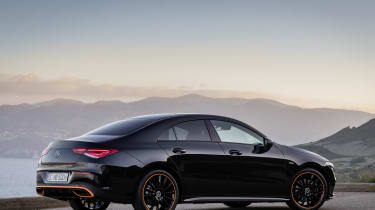 The most powerful option is the CLA 250, producing 221bhp from its 2.0-litre engine while returning 41.5mpg. All models in the range come fitted with a seven-speed automatic transmission but Mercedes has said manual versions will come later. The CLA coupe looks set to be the sportiest model in the A-Class range to drive thanks to uprated suspension components and optional adaptive dampers.

The Mercedes CLA is offered in AMG Line, AMG Line Premium and AMG Line Premium Plus trim levels. Standard features across the range include a MBUX multimedia system, LED headlights, privacy glass, keyless-go, wireless charging and Apple CarPlay and Android Auto. There are dual screens of varying size, depending on trim level and options. The car was introduced at the 2019 CES show in Las Vegas alongside a new smartwatch, which can interact with the infotainment system and measure the driver’s stress levels. 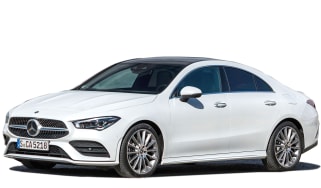 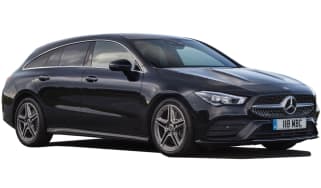 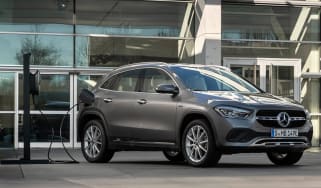