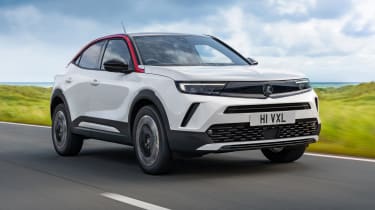 The new 2021 Vauxhall Mokka line-up starts from £20,735, and is available to pre-order now. It’s available with a choice of petrol, diesel and electric powertrains, with the electric Mokka-e starting at £30,840. First deliveries of the new car are scheduled to begin next April. 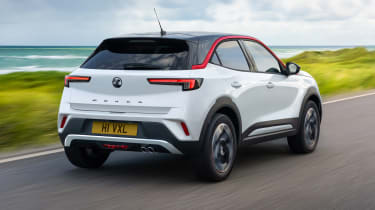 The sporty-looking SRi trim starts at £24,605 and will rival the Ford Puma ST-Line. Standard equipment includes adaptive cruise control, heated front seats, 18-inch alloys and a black roof. Upgrading to the SRi Nav Premium model costs about £1,200 more, and gets you a 10-inch touchscreen with sat nav and a rear camera, plus all-round parking sensors and the digital instrument cluster.

The Elite Nav spec costs £200 less than the SRi trim, despite being higher in the range. Standard equipment includes rear parking sensors, sat nav, heated seats, a heated steering wheel and adaptive cruise control. Elite Nav Premium starts from £25,455, and gets the same technology and safety kit as the SRi Nav Premium. 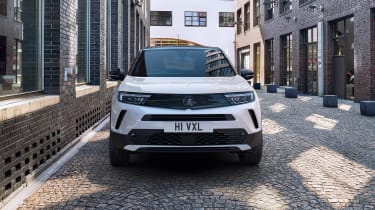 The Mokka’s petrol engines are already in use in other PSA group cars , with the turbocharged 1.2-litre three-cylinder engine shared with the Peugeot 2008 and 208. The entry-level version produces 99bhp and manages 0-62mph in around 11 seconds with a six-speed manual gearbox. Claimed fuel economy is up to 51.4mpg with CO2 emissions of 128g/km.

A more potent 128bhp version of the same engine manages 0-62mph in 9.2 seconds when equipped with a six-speed manual, and is capable of an identical 51.4mpg with CO2 emissions of up to 126g/km. It can also be specced with an eight-speed automatic gearbox.

The solitary diesel engine is a turbocharged 1.5-litre four-cylinder unit, which produces 109bhp. It’s only available with a six-speed manual and is the most frugal of the range, with claimed economy of up to 65.9mpg and CO2 emissions of 117g/km. 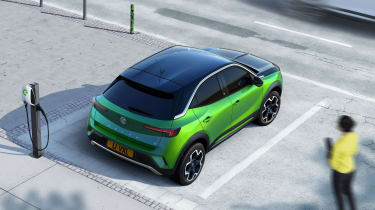 The all-electric Mokka-e has a 50kWh battery and a 134bhp electric motor that sends power to the front wheels. No performance details have been revealed, but Vauxhall has confirmed it will be capable of up to 201 miles of range.

Charging is up to 11kW at home using an AC supply, and up to 100kW DC at a public rapid charger. This means top-ups on longer trips should take no longer than it takes to grab a quick snack. 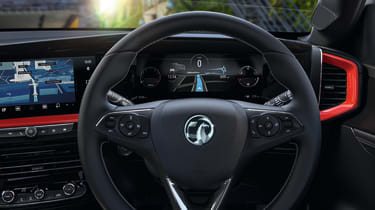 Inside, analogue dials behind the steering wheel are replaced by a digital display measuring up to 12-inches in size, which operates alongside an infotainment screen of between seven to 10-inches in size, depending on the trim level. Vauxhall refers to this setup as 'Pure Panel' which is designed to make the side-by-side digital displays look like a single continuous display.

The design of the central console has also been made far less cluttered, aided by compact controls for the electric handbrake and gear selector, freeing up space for storage and cup holders. The only remaining physical controls are for the climate control, alongside a few infotainment shortcut buttons and a volume control dial. 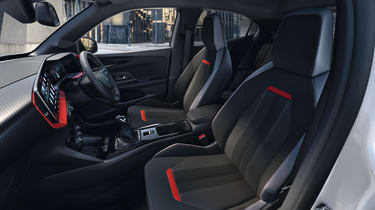 Interior quality is also expected to make a jump upwards over the old car, thanks to materials including Alcantara and a heated driver's seat with a massage function. Full leather upholstery will also be available.

The new Mokka will also have more safety systems than before, with adaptive cruise control, traffic jam assist, and active lane positioning. Matrix LED headlights will also be available, with individual elements that can alter the spread of light automatically to avoid dazzling traffic and adjust for the conditions. 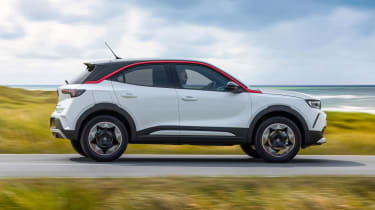 The Mokka ushers in a new 'Brand face' for Vauxhall, with a bold look it refers to as the 'Vauxhall Vizor' that's set to be a feature of forthcoming new models. This spans the front of the car, encompassing the headlights and Griffin badge inside a large chrome border.

The design also features vertical air intakes beneath its headlights, short front and rear overhangs and plastic cladding above its wheelarches and sills, giving it a rugged look. Vauxhall's images show a contrasting black bonnet, roof and door mirror caps. The rear is more conventional featuring a chiselled shoulder line for a more athletic look.

Measuring 4,150mm in length, the Mokka is 125mm shorter than the previous model, and gets a slight increase in its overall wheelbase (the distance between the front and rear wheels). Passenger space for five adults and 350 litres of luggage should be similar, while the British brand says the new car’s smaller dimensions make it more manoeuvrable in congested streets and car parks.

Rivals will include the Peugeot 2008 that's based on the same CMP platform, along with the Renault Captur and all-electric MG ZS EV and Mazda MX-30 models.

Want to know more about rivals to the new Vauxhall Mokka? Read our picks for the best small SUVs you can buy today, 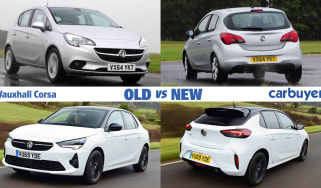