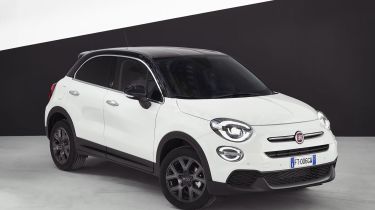 Fiat has announced prices and specs for the ‘120th Edition’ Fiat 500 range, which was revealed at the Geneva Motor Show to mark 120 years of the brand. The Fiat 500, 500X and 500L models will be available as special editions with some upgraded tech and styling changes. A new two-tone colour scheme called ‘Tuxedo’ will be used across the range, along with 120th Edition badging.

The Fiat 500 120th Edition comes with a 68bhp 1.2-litre petrol with a five-speed manual or automatic gearbox. The 120th Edition of the city car sports a set of copper 16-inch alloy wheels, chrome accents on the exterior, pinstripe black upholstery and a body-coloured dashboard. 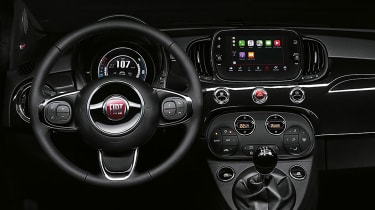 The Fiat 500X compact SUV comes with a 118bhp turbocharged 1.0-litre petrol engine. Unlike the 120th edition of the 500, the 500X gets black bodywork highlights. There are also 16-inch black alloys and a gloss black roof. Full LED headlights come as standard, as does copper-coloured upholstery. The 500X 120th Edition also comes equipped with automatic headlights and wipers, and rear parking sensors. 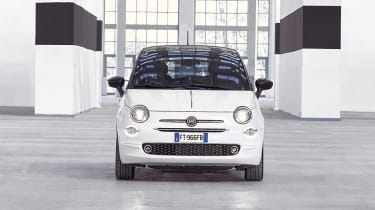 Exact specs and a price for the 120th Edition of the chunky Fiat 500L MPV have yet to be confirmed, but we expect the same two-tone paint and a styling extras similar to those on the 500 and 500X.