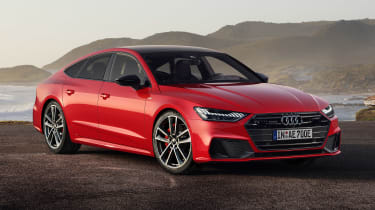 A plug-in hybrid model of the Audi A7 has been released, as Audi continues to electrify its range. The Audi A7 55 TFSI e uses a powerful 2.0-litre petrol engine in combination with an electric motor, and can manage up to 25 miles of electric-only range. It’s available to order now, with first deliveries scheduled to start shortly.

A 2.0-litre petrol engine with 249bhp provides most of the car’s power, but an electric motor drawing energy from a 14.1kWh battery pushes the total power output up to 362bhp. Acceleration from 0-62mph takes just 5.7 seconds and the A7 hybrid will hit a limited top speed of 155mph. An automatic gearbox and quattro all-wheel-drive are standard.

When you don’t need to make use of all the available performance, the A7 plug-in hybrid model can travel up to 25 miles on electric power alone and manages up to 148.7mpg, while the top speed in EV mode is 84mph - although the electric range will go down quite quickly if you’re going at that speed. 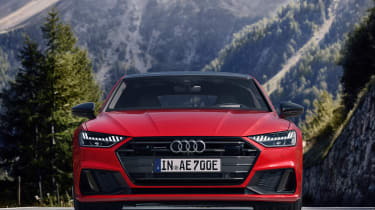 Three driving modes are included, allowing you to choose between the electric motor, petrol power or both. The car always starts in EV mode, then Hybrid mode is the default setting, and you can opt to save the battery for a later part of the journey. The A7 uses its electric motor to slow the car down in some situations but it can’t be driven on one pedal like fully electric cars.

Included on the Audi A7 55 TFSI e is a predictive drive management system, which hooks up to the sat nav to decide when to use electric power and when to use the engine. The system looks at online traffic information, the type of roads you’ll be using, the speed limits, any hills and information from the car’s sensors.

Like many modern plug-in hybrids, you can access charge points from many different providers with the swipe of a card. The standard charger works at up to 7.4kW, which replenishes the battery in around two and a half hours, and plugging the car in to a standard three-pin socket sees the battery recharge in seven hours. Through a smartphone app, you can remotely lock your car, check its range or preset the climate control to your desired temperature. Depending on the exact spec of the car, this also works with a range of features including heated seats.

The A7 55 TFSI e comes with the sporty S line body kit, a black styling pack and tinted rear windows as standard. The PHEV model also gets 19-inch alloys, red brake calipers and sports seats thrown in, alongside Matrix LED headlights, four-zone climate control and Audi’s Virtual Cockpit, which features hybrid-specific displays. It starts from €77,850 in Germany, which should equate to a starting price of around £71,000 in the UK.

Read about the new Audi RS7 Sportback here, or check out our list of the best hybrid and electric sports cars. 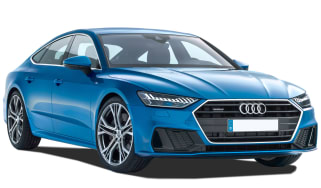