The Volkswagen Polo, Volkswagen T-Cross and Volkswagen T-Roc ranges have all been bolstered by a new United trim level, which promises more equipment and better value than SE and Match trims.

All three get exclusive United badging inside and out, new alloy wheels and upholstery, and a winter pack, with heated front seats and a warning when you’re running low on screenwash.

The Polo supermini also features an eight-inch touchscreen with sat nav, automatic wipers and headlights, and an auto-dimming rearview mirror. Two 1.0-litre petrol engines are available; the entry-level naturally aspirated 79bhp 1.0-litre engine and a 94bhp turbocharged engine of the same size. Both have five-speed manual gearboxes but you can specify a seven-speed automatic for the more powerful engine. Polo United models start at £17,350, which is only around £300 more than the equivalent Match trim level. 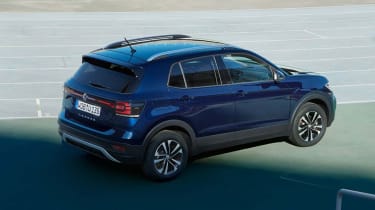 Based on the SE trims, the T-Cross and T-Roc United models both gain heated washer jets and tinted rear windows. The T-Cross also benefits from front and rear parking sensors, while T-Roc drivers get puddle lights that shine United branding onto the floor when the doors are opened. At £20,410, the T-Cross United is £200 more than the SE trim, while the T-Roc United starts at £23,550.

You can order the T-Cross with the 94bhp 1.0-litre engine or a 113bhp version of the same engine, which gets a choice of six-speed manual or seven-speed automatic gearboxes. The T-Roc can be ordered with the 113bhp engine and a manual gearbox or a 1.5-litre 148bhp petrol with a choice of transmissions.

Volkswagen’s special-edition models tend to offer good value and the United editions are no exception. They cost barely any more than the trims they’re based on - especially on PCP finance where the difference will probably be just a few pounds a month - but add lots of standard equipment. If you’re looking at the SE or Match models, the United versions are certainly worth considering - and you might find that the amount of standard equipment means you don’t need to look further up the range.

Read our guide to the best small SUVs to see how the T-Cross compares to rivals. 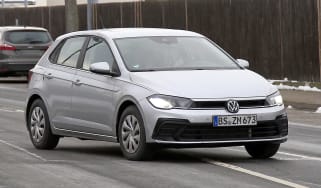