The Nissan X-Trail scored five stars in crash tests conducted by Euro NCAP in 2014 – to be expected for a large, family-orientated car. It also comes with a comprehensive range of hi-tech safety equipment, including six airbags, Chassis Control (which uses the brakes to stabilise the car in adverse conditions), electronic stability control and anti-lock brakes. Nissan’s record for reliability is below average, though, and this isn’t bolstered by its three-year/60,000-mile warranty cover – about average for the industry.

The Nissan X-Trail was rated poorly for reliability in our 2017 Driver Power owner satisfaction survey of cars currently on sale in the UK. Of the owners who responded, 22.2% reported experiencing a problem with their car at least once. The most common fault related to the vehicle electrics.

Owners praised the X-Trail highly for its practicality and sat-nav, but its performance, ride and handling and build quality came in for criticism. It didn't appear in our top 75 list in 2020, but the five-seat Qashqai finished in 56th place, while Nissan did better in the manufacturer list, coming 11th out of 30 brands. 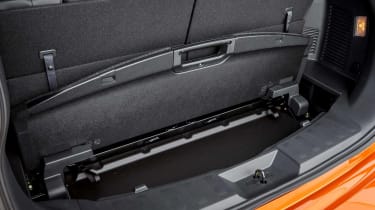 The X-Trail scored the maximum five stars in the rigorous Euro NCAP crash tests, but its ratings for adult occupant protection (86%) lag a little behind those achieved by the, Skoda Kodiaq (92%), Toyota RAV4 (89%) and even the older Kia Sorento (87%). The Sorento performed slightly better for child protection, too, scoring 84% compared to the X-Trail's 83%.

However, even the occupants of the most basic Nissan X-Trail can rest assured they're being protected some of the most sophisticated safety technology offered on any mainstream car. Valuable additional protection is also available in the form of several reasonably priced option packs.