The safety of the Renault Megane RS is assured, but the brand needs to work on its owner satisfaction

Renault prides itself on its cars' safety credentials and the Megane carries a five-star crash safety rating from Euro NCAP. Unfortunately, reliability and customer satisfaction are both areas that Renault hasn't always excelled in, and this is reflected by our own findings.

Renault's reputation for customer satisfaction hasn't always been the strongest, and this is borne out by the results of our 2019 Driver Power survey. The brand ranked 19th out of 30 carmakers (an improvement over 2018's results), although the Megane itself didn’t appear in the top 75 models. The Kadjar SUV, which shares some parts, finished 55th out of the top 100 cars - although prospective buyers may be worried that a fifth of owners reported faults in the first year. 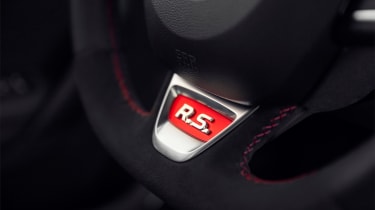 Renault finished in 24nd place out of 26 brands in our 2018 Driver Power survey, with owners citing a wide range of pros and cons. Fuel efficiency, styling, practicality and running costs were broadly praised, but few were impressed by fit and finish.

Many wished their Renault was more powerful – it's safe to assume Renaultsport buyers will have less reason to gripe. They might share an opinion, though, that the infotainment system could be improved. The French company doesn't have the strongest reputation for reliability, and 18.6% of owners reported one or more faults in the first year of ownership.

Renault has enjoyed good results in independent crash-testing in recent years and the Megane was no disappointment. Evaluated in 2015, it received the maximum five-star rating, with an 88% score for adult protection and 87% for the protection afforded to children. Pedestrians are catered for with an impressive 71% performance – the same score as was awarded to the Megane's safety assistance systems.

Alas, many of these systems are optional, but automatic emergency braking, lane-departure and blind-spot warning are definitely worth paying extra for, as is the convenience of active cruise control.