This entry-level Ford Fiesta Studio is as stylish and fun to drive as any other model in the range. It has all the equipment buyers would expect. 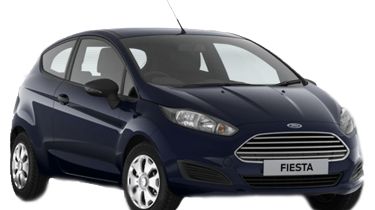 There’s no finer supermini to drive than the Ford Fiesta, and the enjoyment isn’t diluted if you buy the cheapest model in the range. The direct steering and sharp handling set it apart from rivals, but it’s also comfortable.

The Studio is only available as a three-door and with one engine - a 1.25-litre petrol. Its respectable 54.3mpg keeps it competitive on similarly-specced rivals, but its 16.2 second 0-62mph time won't set your hair on fire. It's good enough in town, though, which is where the Studio thrives.

Studio is the starting point for the range, but it’s far from a no-frills special for buyers on a tight budget. There’s central locking, power steering, powered and heated door mirrors and electric front windows, plus somewhere to plug in a portable music player such as an iPod. Electronic stability control and anti-lock brakes are standard, and the filler cap is designed to prevent you putting in the wrong fuel by mistake.

Ford has got the Fiesta Studio spot on. It is priced to compete with traditionally cheaper rivals from the Far East, particularly Korea, but has a decent level of equipment. We’re especially impressed by the safety items fitted as standard, headed by the potentially life-saving feature of electronic stability control. The Fiesta Studio has relatively narrow 14-inch wheels, but that doesn’t affect driver enjoyment, which is one of the major attractions of the Fiesta.The only engine choice produces a respectable 54.3mpg, which keeps it competitive among rivals with similar engines.

The rear of the cabin is borderline cramped, so the Fiesta can’t really serve as a family car like some supeminis, and it had nowhere near as much care and attention lavished on it as the front.The plastics are hard and drab and the seats don’t fold flat when you want to expand the boot.Some desirable options, like air conditioning and Bluetooth, aren’t available as options at this trim level.

There's only one choice anyway - a 1.25-litre petrol engine with 58bhp.