Popular Ford Focus Estate gets top marks for safety, but owners aren't convinced by its reliability

The Ford Focus has been one of the best-selling cars in the UK for many years now, building up a reputation among owners for long-term dependability and reasonable running costs. This latest model incorporates some advanced safety technology on higher-spec model, too, and received the maximum five-star crash protection rating from Euro NCAP.

The Ford Focus was rated poorly for reliability in our 2017 Driver Power owner satisfaction survey of cars currently on sale in the UK. Of the owners who responded, 7.7% reported experiencing a problem with their car at least once.

Owners praise the way it drives and smartphone connectivity, but are less impressed with the ride comfort, exterior styling and practicality, marking down the popular hatchback for its ageing interior and poor build quality. 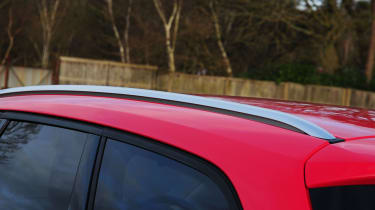 Key safety equipment such as electronic stability control, traction control and emergency braking assistance is standard across the range, while the Focus estate also comes with Ford’s MyKey system. This allows parents to restrict the top speed and maximum stereo volume of the car when a second key is used to operate it, encouraging younger motorists to drive more safely.

Titanium-spec cars come with Active City Stop, which applies the brakes automatically at low speeds if the driver fails to react to an obstacle in front, but many rivals now come with autonomous emergency braking as standard. A blind-spot warning system is an optional on the Titanium and Titanium X trims, as is adaptive cruise control, which will slow the car down automatically if a vehicle moves into the lane in front of you, then accelerate back to the pre-set cruising speed once the way ahead is clear.