"The Lexus IS has proven reliability and lots of standard equipment, but it lacks space, practicality and design flair."

The current Lexus IS is renowned for its reliability and build quality. And while there’s much to admire, it falls short of its German rivals in a number of ways. For a start there are only three engines: one diesel (which is now discontinued) and a pair of thirsty petrol units. It’s quite cramped in the cabin and the interior design lacks sparkle. However, owners constantly rave about its comfort and Lexus’ dealer service. The high-performance IS F is a high-revving alternative to the BMW M3.

Not as economical as German rivals

The Lexus IS is some way behind the class leaders in terms of fuel efficiency. The diesel-powered IS 200d returns 55.4mpg, which compares to 60.1mpg for the BMW 320d, for example. Emissions of 134g/km put the IS 200d in Road Tax band E, while the IS 250 petrol automatic model manages 33.6mpg, and with emissions of 245g/km, it sits in Road Tax band J.

There are a couple of flaws that spoil the IS’s appeal. The first is the manual transmission, which clunks noisily with every change and whose ratios are spaced too far apart to make smooth progress. Drivers will feel they’re using the stick too often to get into an appropriate gear, especially when overtaking on the motorway. It’s well worth investigating the automatic, which is much better. The IS strikes a nice balance between a comfortable, pothole-smothering ride and good handling, which combined with quick, accurate steering make the Lexus enjoyable to drive. That’s particularly the case with the 417bhp IS F, which offers sensational speed. The IS 250 V6 petrol model can feel slow unless revved hard, although it’s quieter than the diesel at town speeds.

Cabin feels cramped and the driving position is awkward

The high-set seat will be an issue for tall drivers, and even though it’s electrically adjustable in eight directions, it feels awkwardly positioned, as does the steering wheel, which is angled upwards. Front and rear passengers will find headroom tight, and those in the back will struggle for leg space, too. This feeling is exaggerated because the cabin is trimmed in dark fabrics, so it can feel claustrophobic. Some drivers might find the sheer number of buttons on the dashboard confusing, especially as some of them are very small and not very well placed. Travelling at 70mph on the motorway in sixth gear in the IS 200d diesel results in lots of vibration from the engine, which can become tiresome.

Boot size is dwarfed by rivals

The Lexus IS has a small boot, with its 378-litre capacity falling way short of the BMW 3 Series (460 litres) and Mercedes-Benz C-Class (475 litres). Its narrow opening further undermines practicality, and although there is a small hatch to carry longer items, the seats do not fold flat. There are some places in the cabin for storage, but no more so than in rivals. However, the glovebox and central storage bin are quite big.

Lexus delivers quality, safety and reliability in spades - its quality and reliability were rated fifth and seventh out of 100 cars in the 2010 Driver Power satisfaction survey. The IS has a good safety record, too, with a five-star adult occupant rating from Euro NCAP, and a maximum score for the side impact test. Standard equipment includes electronic stability control, anti-lock brakes and front and side airbags.

Great stereo and lots of standard kit, but pricey

The IS is expensive, but it is also very well equipped, with basic SE models boasting a superb 13-speaker stereo, cruise control, climate control and alloy wheels. Moving up the range, SE-I and SE-L badged cars add xenon headlamps, parking sensors and leather upholstery, while the sporty F Sport model gets a body kit, bigger alloy wheels and sports seats. It bridges the gap between the standard car and the high performance IS F. 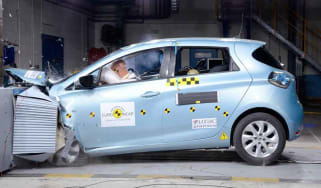