"The Toyota Yaris is as reliable as small cars get. It's tough, practical and spacious and is very cheap to run when you choose the smallest engines." 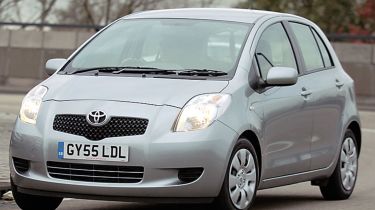 The Yaris is a thoroughly competent small car that’s both versatile and reliable. It offers the choice of three and five-door body styles, majors on reliability, and the interior is spacious and practical. There's a choice of three engines, all of which are very inexpensive to run. It's not the cheapest small car to buy, but the Toyota Yaris is a good all-rounder.

No Yaris is expensive to run. Both petrol engines will set you back a mere £30 per year for Road Tax as they emit 118g/km and 120g/km of CO2 respectively. The 1.0-litre version will return 56.5mpg on average, but the 1.33-litre engine is nearly as good at 55.4mpg - and it's worth the minor deficit for the extra power. Go for the diesel for ultimate budget motoring, though. You'll get a wallet-friendly 68.9mpg on average and Road Tax costs £20 per year.

If you plan on using the Yaris for regular motorway or A-road journeys, then the 1.0-litre three-cylinder petrol engine probably isn't for you. It only has 68bhp and delivers slow acceleration. The newer 1.33-litre petrol engine is much stronger – it has 100bhp and is better suited to a car of this size. The 89bhp 1.4-litre diesel is the quickest of the bunch and is extremely cheap to run. Don't expect to be excited by the Yaris in any form though, as the light steering is easy to use, but won't appeal to driving fans.

Comfortable, spacious, but a bumpy ride

The previous Yaris wasn't renowned for comfort, but Toyota made big efforts to improve the current car. There's more space in every direction for front seat passengers and the flat floor in the back creates extra legroom. The Toyota's suspension can still be a little jittery though - it bounces over bumps and rough roads, especially when it's fitted with larger wheels.

It’s small, but the Yaris has an immensely practical interior. The sliding rear bench seat is very flexible - you can slide it back and forth to alter the bias between boot space and rear legroom. With the rear seats in place and pushed back as far as they will go, there's still 257 litres of boot space available. Most of the Toyota’s supermini rivals can easily better that, but slide them all the way forward and a whopping 640 litres is freed up. The rear seats even fold completely flat, which creates a very useful 737 litres of room.

Reliable and covered by five-year warranty

Don't let recall scare stories frighten you off, as the Toyota Yaris is known for its superb reliability. The company now offers a five-year/100,000-mile warranty to completely reassure its customers. The interior is well screwed together, although some of the dash plastics look and feel quite cheap.

Rather expensive in this class

Unfortunately, the Yaris has a slightly higher list price than many of its key rivals. It's dearer to buy than other small cars like the Skoda Fabia and even some versions of the larger Vauxhall Astra. Good resale values work in the Yaris' favour, though, and you can expect good service and strong aftermarket support from Toyota’s dealers. 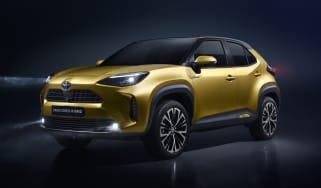