Cars built by the Volkswagen Group are renowned for being well built and reliable and the Skoda Citigo hatchback is no exception. Although the Citigo wasn't cited in the top 75 models in our 2019 Driver Power satisfaction survey, Skoda owners generally hold the brand in high esteem.

For a brand whose core attraction has always been its low prices, it’s all the more impressive that Skoda came fifth in our 2020 Driver Power owner satisfaction survey, although this does represent a slight fall from second-place a couple of years ago. Skoda’s strong result was helped by excellent owner ratings for low running costs, safety and practicality, along with a fourth-place ranking for reliability and build quality. Just 17.2% of owners reported an issue or fault within the first 12 months of ownership.

Electric cars have fewer moving parts than conventionally powered equivalents which, in theory, means there’s less to go wrong. We expect most owners will have a trouble-free experience. It’s good to know that the technology has been tried-and-tested in the mechanically identical Volkswagen e-up!. 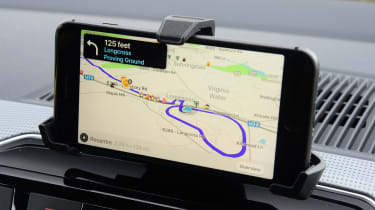 The Citigo previously scored well for safety, too: the car was initially awarded five stars when it was crash-tested by Euro NCAP in 2011. However, in 2019 this was reduced to three stars because the option of autonomous emergency braking was removed, and this lower rating covers both the Volkswagen e-up! and SEAT Mii electric, too.