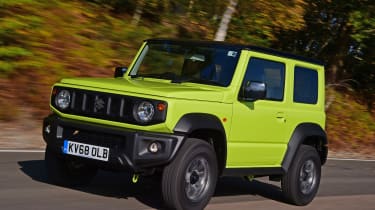 Suzuki has a reputation for producing well built, reliable cars, but the Jimny scored a rather mediocre three-star Euro NCAP safety rating, thanks in part to its boxy, rather tinny, construction.

The Jimny was too new to feature in our 2019 Driver Power survey but Suzuki as a brand did come a respectable eighth out of the 30 that were ranked. Around 12% of Suzuki owners experienced problems with their cars within the first year of ownership. 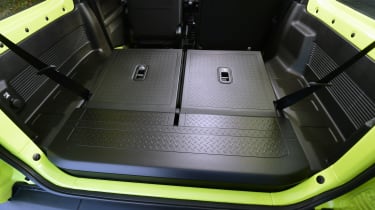 The Jimny was awarded three stars when it was crash-tested by Euro NCAP, which isn't particularly encouraging. The car comes with safety systems including Dual Sensor Brake Support (DSBS), which operates if the system determines there’s a risk of collision with a vehicle in front or a pedestrian. You also get lane-departure warning, high-beam assistance, traffic-sign recognition, hill-descent control, hill-hold control and six airbags.

However, the car's problems in crash-testing were mostly to do with how its construction fails to offer a high level of protection to adult occupants in accidents. An 84% score in the child occupant category was better, but only 50% in the safety assist category condemned the Jimny to its rather underwhelming crash safety score.