The stylish Kia Sportage is a fantastic family car, backed up with a seven-year warranty and lots of standard kit 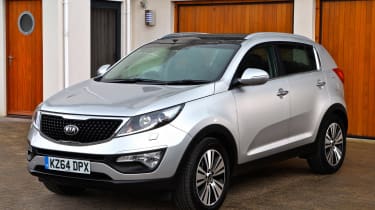 The Kia Sportage might have been around for more than 20 years, but it wasn’t until the third-generation arrived that Kia offered a really compelling rival to the Nissan Qashqai and Toyota RAV4. It was such a huge improvement; we even chose it as Carbuyer Car of the Year for 2012.

Penned by the same designer as the original Audi TT, the Sportage is attractive, family-friendly and well-equipped, and with a new model recently going on sale used values are looking more enticing than at any point before. 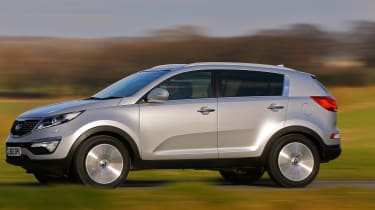 There should be plenty of choice, with more than 50,000 sold in just a handful of years, and thanks to Kia’s seven-year/100,000-mile warranty reliability issues should be rare. This warranty can even be passed on to owners buying second-hand, so even if you buy a Sportage after three or four years, it could still have a longer warranty than a brand new Ford or Volkswagen.

Buy a Sportage less than 18 months old from a dealership under Kia’s approved used scheme and it will even come with a new seven-year warranty, which shows real confidence in the product from Kia that it will be reliable for a full eight and a half years.

Which is the best Kia Sportage version?

The Sportage was available with four engines, a 1.6 or 2.0-litre petrol and either a 1.7 or 2.0-litre diesel, and it’s those diesel that make most sense for drivers with a high annual mileage. Four-wheel-drive is fitted to the 2.0-litre models as standard, while the smaller engines come with front-wheel-drive.

While its on-paper acceleration from 0-62mph in 10.7 seconds looks adequate, the 1.6-litre petrol doesn’t really have enough power for a vehicle of the Sportage’s size, which becomes apparent on the motorway. If you need a petrol, the 2.0-litre is more convincing, although it also costs £230 each year in road tax.

Most UK buyers will find a diesel suits the Sportage much better, and despite slower figures the 1.7-litre actually feels faster than the petrol on the road. If performance and towing is important to you, the 2.0-litre diesel is brisk, hitting 62mph from rest in 9.5 seconds. But the 1.7-litre is a better all-rounder, because it’s cheaper to buy and run.

If you do want to use the Sportage as a tow vehicle, you’ll need to choose carefully, as the 2.0-litre diesel can tow up to 2,000kg, but this drops to 1,600kg if you specify and automatic gearbox with the same engine. The 1.6-litre and 1.7-litre are only rated to tow 1,200kg, which is fairly low for this type of car.

A simple set of trim levels, called 1, 2 and 3 were available when the Sportage arrived in 2010, with four-wheel-drive versions identified as KX-1, KX-2 and KX-3. Every Sportage has alloy wheels, Bluetooth connectivity, air-conditioning and electric windows, while items like parking sensors, a desirable panoramic roof and part-leather seats are included with the 2 trim. The 3 and KX-3 boast heated and leather seats, xenon lights and larger wheels, while a luxurious KX-4 arrived in 2012, with additions including navigation. 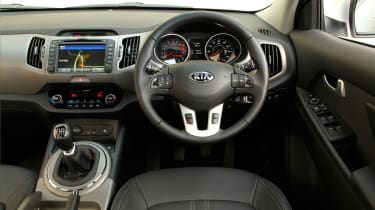 There are some hard plastics inside which aren’t particularly tactile, but on the whole the interior is clearly laid-out and well built. It’s fine for shorter trips, we did find the seats to be unsupportive on long drives, but rear passengers will be happier than in the cramped Nissan Qashqai, with more room for adults in particular.

The Sportage beats the Nissan Qashqai and Skoda Yeti for boot space too, with 564 litres behind the rear seats, with further practicality, thanks to the easy split-folding rear bench. 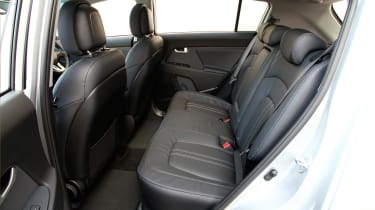 Every version of the Sportage came with a six-speed manual as standard, with only the 2.0-litre models being available with an optional automatic gearbox. The manual suits the character of the Sportage better and it’s worth noting the automatic also has a detrimental effect on running costs. 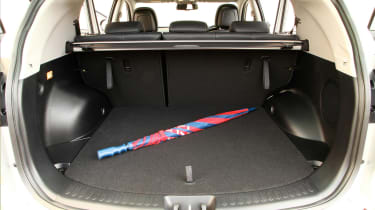 Our top pick would be a front-wheel-drive Sportage 2 with the 1.7-litre diesel engine, thanks to its solid performance, decent kit level and affordable running costs. Its popularity when new should mean finding a tidy used example is straightforward too.

The thirsty 2.0-litre petrol is probably best avoided, with 37mpg economy and a £230 annual tax bill making it pricey to run. The 1.7-litre diesel is best, with 54mpg and annual tax of £130 from its 135g/km of CO2 emissions making it affordable for a crossover. While the 2.0-litre diesel gets 49mpg and emissions rated at 149g/km of CO2 for an increase in tax to £145, this is likely to be a penalty some will be happy to pay for its extra performance and four-wheel-drive.

Servicing is more expensive than the Nissan Qashqai, with minor and major services for the 1.7-litre coming to around £179 and £319, while the 2.0-litre diesel costs between £209 and £309 and petrol engines are roughly £50 cheaper.

Kia dealership prices for a set of wiper blades or pollen filter are about £30 each, while replacement front brake pads are around £70.

Kia Sportage Mk3: what to look out for

Thanks to Kia’s seven-year warranty, there’s very little to be worried about and most problems should have been sorted. Impressively, there hasn’t been a single recall during production of the Mk3 Sportage and it came 73rd out of 150 cars in our 2016 Driver Power customer service survey. The Sportage also bagged 46th position for reliability, despite it being a six-year-old model.

Some owners find the headlights aren’t very powerful, although it may be possible to upgrade them, and you should also look out for corrosion on the alloy wheels, which Kia should be able to replace under warranty. 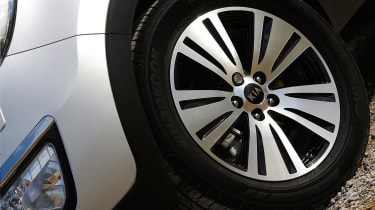 The Kia Sportage is a stellar used car, winning our Carbuyer Car of the Year 2012 for good reason. With plenty of equipment, practicality and friendly driving manners, the value of its seven-year warranty seems even greater as the Sportage gets older, with small issues more likely to appear over time.